North Face: A Boy and His Eiger 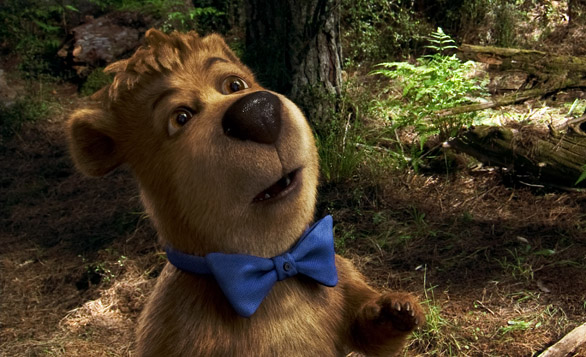 North Face concerns the ill-fated and infamous mountain climbers, Toni Kurz and Andreas Hinterstoisser, and their attempt to conquer the Eiger, a mountain so treacherous that it has earned the nickname “Murderwall.” A compelling film with a top-notch cast of German thesps, North Face is a harrowing look at one of the most tragic climbs in mountaineering history.

In many ways, North Face is reminiscent of James Cameron’s Titanic. There is a strong chance that you know how the movie is going to end, but everything leading up to the climax is so engrossing that you forget about the inevitable and get caught up in the narrative.

North Face was directed by Philipp Stölzl and was shot by cinematographer Kolja Brandt. Together, they have delivered one of the most realistic portraits of mountain climbing to ever reach the screen. The combination of location and on-set footage is so seamless that you’ll be hard pressed to guess what is and isn’t real.

Naturally, technical aspects would be moot if not for the strong performances at the core of the narrative. North Face boasts a quartet of well-known faces to fans of international cinema. Benno Fürmann and Florian Lukas star as the mountain climbers, Kurz and Hinterstoisser. Johanna Wokalek plays the role of a journalist sent to cover the ascent, while Ulrich Tukur plays her heartless editor.

Stölzl is currently in Germany and working on his next project, but was gracious enough to engage in a little Q & A.

It is widely regarded that Toni Kurz’s last words were “Ich kann nicht mehr.” Were these words ever in the screenplay? Why did you change his last words to “Mir ist so kalt?”

We improvised on set with Toni’s last words, I gave Benno a couple of terms to play with and asked him to focus more on the fading life than on the exact lines. In the edit, the “Mir ist so kalt” moment turned out to be the most intense one.

What is the most important lesson you learned as a director while making North Face?

My lesson is: Stay away from mountain movies! Filmmaking is always difficult. And mountaineering is also difficult. The combination of both is a nightmare.

North Face had a large budget for a German film. Was this liberating or limiting for you as a director?

Well, there were many different people involved from the producer’s side. Sometimes it was difficult to get everybody on the same page. A larger budget also means that the movie has to be made for a broad audience, which had some effect to the script, for example the installing of the [fictional] love story for the female audience.

What was the casting process for North Face?

The group of actors, who are all pretty famous in Germany, came together quite easily, seemed like everybody wanted to be a part of this very special project. Benno and Florian went into climbing training for one year, even though the financing of the movie wasn’t yet closed.

Was it important to make North Face a kind of anti-war film, especially after the controversy of your Rammstein video, “Stripped?”

Not at all, I made North Face in the way I felt would work best for that story. “Stripped,” which was a pretty arty experiment combining Rammstein music with Riefenstahl footage, is just one of many totally different music videos I made. Unfortunately, it suggested to people who do not know me and my work that working with Nazi imagery is a focus of my work, which is definitely total nonsense!

The ending is very harrowing, especially for anyone with a fear of heights. Did you ever hear any stories of audience members having strong physical reactions while watching the film?

Yes, that is definitely the case. Most people feel cold and frightened when they watch the movie. It is sort of a horror movie for climbers...?

Has the success of this film brought you any offers to work in Hollywood?

Not yet. My number is ... Seriously, I am not really waiting for this famous phone call from Hollywood because I am so busy with other stuff. I am just editing my next movie. It is about the young Johann Goethe and set in the 18th century. And then I am also an opera director in Germany, and just had a premiere with an early Wagner piece in Berlin.

What is your favorite memory of working on North Face?

After we had finished the movie, me and the actors climbed the Eiger ourselves – not the North Face route but the east ridge. It was one of the most intense experiences of my life.