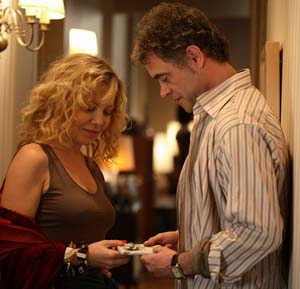 So I know I’ve lingered on this subject several times this month, but it’s something I think everyone should think about as he or she buys the popcorn, finds a seat somewhere in the middle of the theater and prepares to enjoy the next 100 minutes of his or her life. Every film has a creator or an author that is formally known as its director.

There are plenty of opportunities in this town to meet and greet with these people, to hear what they have to say about film and to take from them their experiences via firsthand accounts. I am all about seminars and Q & As with big directors. Those types of screenings and events litter my calendar book.

However, there is something special about learning about a director solely through his/her work. By watching someone’s films, you are granted a look into their personalities, their tastes and their humor. In some regards, a film can strip a person bare.

And each director inevitably has a style unto his or herself. Steven Spielberg is all for action-adventure. Martin Scorsese has directed for the dramatic. Stanley Kubrick is the master of beauty, suspense thrillers, drama … he really did it all, and he did it well.

These bigwig Hollywood royals, and others like them, are now household names. But what about the directors who are working just as hard for their money without the recognition, the ones who have to find their own funding for their films or the ones who aren’t always able to hire Javier Bardem to star opposite Penelope Cruz?

Because we don’t see these artists on the red carpet or at junkets as often as we do others, it does not mean they are less talented. One of my favorite things to do after I’ve seen a film by a relatively obscure new director is to go home, IMDb the crap out of them and Netflix every movie they’ve made. Marathons of movies in consecutive order allow us, as the viewer, to see a film style.

The small, independent films that have come swiftly into popularity following the rise of the Sundance Film Festival in the ’80s have also ushered in the celebrity of directors of independent films. Wes Anderson is an example. Quentin Tarantino was one early in his career, before he became a Hollywood sell-out.

One artist who is slowly trying to make a name for himself is Daniel Burman. He’s a 36-year-old writer, director, producer whose films have focused primarily on life in Buenos Aires. Central to the New Argentine Cinema Movement, Burman has received critical acclaim for his largely autobiographic trilogy.

The three films star actor Daniel Hendler as the lead character named Ariel who represents Argentina’s lively Jewish community. The stories are not necessarily a continuation of each other, but varying stories about a character named Ariel who is forced to deal with issues of family dynamics, questions of ancestry, death and suicide and the ways in which fate weaves a thread among us all.

This film, in particular, is a testament to the longing for finding one’s culture, though it is also very much a black comedy in the tradition of Woody Allen. Lost Embrace even won the Grand Jury Prize at the 2004 Berlin Film Festival.

You could stay at home and watch A Clockwork Orange followed by The Shining followed by Eyes Wide Shut. Or you could leave Kubrick for a rainy day and discover a newly emerging director who, despite immense talent, is struggling to raise awareness about his films.

It’s a win-win decision. And sometimes it pays in cinematic gold to be different for a change.