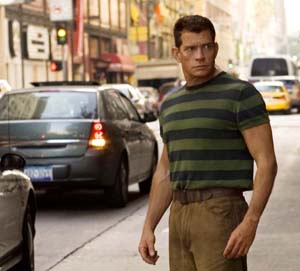 OK, I know I’ve been harping about Spider-Man a lot lately. I’ve been fascinated with all the recent developments with the Spider-Man franchise, and even though I really wanted to see Sam Raimi direct another installment with Tobey Maguire playing Peter Parker again, I’m very intrigued to see what happens with the planned reboot, which is to be directed by Marc Webb ((500) Days of Summer).

I loved Spider-Man, and I loved Spider-Man 2 even more. Spider-Man 2 is the best comic movie ever made as far as I’m concerned. After the second one, the possibilities were limitless as to where the next one could go. I’m a huge fan of the character and the movies, and I was worked up into an excited frenzy by the prospect of Spider-Man 3. When we finally got part three, the story felt crowded due to an overload of characters. To wrap up my three-part Spider-Man column, I thought I’d share what I would’ve done with the story of Spider-Man 3 had Sony called me up and asked me to write the script (yes, this would be a fantasy). And also, this is not me complaining, this is me just toying with some creative possibilities.

First off, I would’ve started the film with the “crane disaster” action setpiece that happens later on in the film where a construction crane accidentally crashes into a building, causing people and debris to fall out. In this scene, Spidey saves Gwen Stacy (Bryce Dallas Howard) who happens to be in the building. As much as I love Bryce, I would’ve axed the Gwen character all together from the script (there were simply too many characters) and made him save a random girl.

Next comes the fight between Peter and Harry, who is pissed because Peter killed his father, so Harry attacks Peter at night using his father’s Goblin weapons. That action sequence is incredible and I wouldn’t change a thing, except I wouldn’t have Harry get amnesia. Instead, he loses and is bitterer than ever that he can’t beat Peter. Which brings us to the introduction of Flint Marko (Thomas Haden Church), who later becomes Sandman. I always felt that because there was so much going on in this film, his character didn’t have an opportunity to be totally developed. In the film, he has escaped from jail and wants to help his sick daughter. Marko is presented as a caring father type with a conscience, but I would have him be more of a Tony Soprano thug type.

A lower level criminal, but dangerous all the same, and what anchors him is his connection to his daughter, who represents his redemption.

In the film, he is chased by the cops and “happens” to stumble into a scientific testing area that is conveniently outside where he can fall into and become Sandman. I would’ve had him go to the lab to collect a gambling debt from a scientist. Knowing he can’t pay Marko back, the scientist lets him come into the closed lab and pushes him into the experiment, which unfortunately doesn’t kill him; it turns him into Sandman. Marko becomes Sandman, discovers his new ability to transform into sand and gets drunk off the power it gives him. His whole life he has been pushed around by more powerful criminals, but now he’s a God. He goes on the warpath, robbing banks and settling grudges, attracting the attention of Spider-Man. Spidey goes head to head with Sandman in the awesome “truck fight” sequence from the movie, which ends with Spidey realizing Sandman is too powerful for him.

This also attracts the attention of Harry, who sees an ally in Sandman against Spider-Man and teams up with him. At this point, we bring in the alien symbiote. We can stick with the meteorite crashing to Earth, but instead of having it fall conveniently next to Peter Parker, it lands somewhere random, and jumps from person to person until it finds the best host: Spider-Man. The alien bonds with Peter, takes on the appearance of the black version of his red suit, and exponentially enhances his powers. Spider-Man goes on a supercharged crime-fighting spree, as he becomes emotionally consumed by the power of the new suit, which also affects his attitude.

During this part we develop Eddie Brock, a side character who is competing with Peter to be the official the photographer at the Daily Bugle. Ultimately, Peter exposes Eddie in a scandal and ruins his photography career. After that, Spidey finally goes up against Sandman and Harry, but with the new powers from his black suit, kicks both of their asses. Sort of. At this point, the black suit has made him completely emotionally unstable, and while he does win the fight, he realizes the suit will ultimately destroy him. He escapes to a church bell tower, rips off the alien suit and discards it.

Sandman, who is now even more hell-bent on revenge, forces Harry to tell him how he can hurt Spider-Man, and Harry reluctantly tells him about Mary Jane. Sandman goes after Mary Jane with the intent to kill her. Out of shame for what he’s done, Harry warns and teams back up with Spidey to go save her. The only problem is, Spidey doesn’t have the suit that he used to beat Sandman the last time, which ramps up the stakes for the final battle. It’s Spider-Man and Harry vs. Sandman. Harry dies during the fight, but Spider-Man prevails, defeats Sandman and saves Mary Jane. Back at the church, a bitter and resentful Eddie Brock prays that something horrible befalls Peter Parker. After hearing a strange noise, he walks into the bell tower, only to have the alien symbiote attach itself to him, causing him to become … Venom!

We end there, and now we’re all set up for Venom to be the main villain in Spider-Man 4. The bummer about Venom in Spider-Man 3 was that, even though they nailed him artistically, he was squeezed into the story, which was already crowded and was reduced to a cameo in the third act when what we all really wanted was to see a whole movie with him as the main villain. In any case, this is more or less the story I would’ve told had I been handed writing duties.