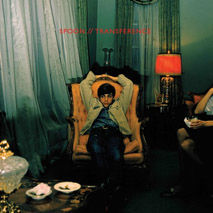 Spoon has always existed in that space between mainstream notoriety and truly indie street cred. The band is known for putting out songs with driving guitars, staccato tempos and a unique voice, but somehow managing to make it all irrefutably catchy, while leaving relatability just out of reach.

But with Transference Spoon tries to push the envelope safely into the indie category, with a mostly lackluster album that borders on unfinished. Transference is a departure from the poppy sound that came out of Ga Ga Ga Ga Ga, with songs that range from the tinny “Before Destruction and jangly “Who Makes Your Money” to the twangily ambient “Is Love Forever” and the out of character piano ballad “Goodnight Laura.”

On the whole, Spoon is still in there, but the album might leave the listener a little confused. Be sure to check out “Written in Reverse” for all the best things about this album and the band’s sound combined in one great song.


Transference is currently available.
Article posted on 2/3/2010
This article has been viewed 1429 times.