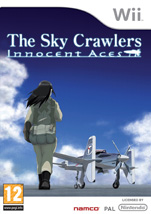 In all forms of entertainment media, the experience that the creators can deliver changes due to the technology available. The Mona Lisa would be an impossible task to a cave painter whose scope was limited to whatever he could do with crushed berries and sticks, but one could only imagine what Leonardo could do with a copy of Photoshop and a graphics tablet. Movies like Avatar seem like technological marvels, but history has shown that the lessons learned making that film will become standard operating procedure for imitators within just a few years.

Video games are no different. The evolution from the blocky artwork and mindless AI of games from only a few decades ago to the cinematic experiences we play today couldn’t be any more striking. While only hardcore enthusiasts can truly say that video games have officially gained the artistic respect of genres like film, it would be ridiculous to ignore how games are truly coming into their own.

Unfortunately, evolution does mean in any capacity that the weaker elements have to die for the stronger ones to thrive. The ease and elegance of 3-D gaming has made two-dimensional gaming into a costly and time-consuming venture that many companies wouldn’t even consider anymore. Full-Motion Video games like “Mad Dog McCree” and “Myst” had a brief moment of glory, but the limitations of these games drove gamers back to less realistic but more interactive games.

Flight Simulators and combat titles have been around from the early days of gaming, but evolving technology has been as much of a curse to the genre as it has been a blessing. When games switched over to 3-D graphics, military games were the big winners since it was far easier to realistically model items with simple, flat designs like planes and tanks than it was to create human forms. This meant that aerial combat games could feature planes that were nearly identical to real aircraft while other genres had to struggle with blocky, robot-like humans. Unfortunately, as technology caught up and human forms became easier to render, players turned away from the often complicated or dull flight games in favor of more down-to-earth action.

Since then, flight combat games have been teetering at the edge of obsolescence. Granted, there are definitely hardcore gamers who wait for the newest PC flight sims to come out so that they can take to the sky with ridiculously expensive hardware that perfectly recreate a fighter jet’s cockpit, but this is not a big enough group for most developers to spend time and money on new flight titles. To justify this expense, they need a big win on a massive scale.

“The Sky Crawlers: Innocent Aces” – an alternate reality combat sim based on the anime of the same name – seems to be a good candidate for getting gamers back into flight combat games. With the distinction of being the uniquely Wii-only aerial warfare title and the pedigree of Project Aces (the team behind the wildly popular “Ace Combat” series,) it definitely distinguishes itself from the other, often PC-only titles that are aimed mostly at hardcore fans. The story of the game is relatively confusing – the result of having the story delivered through in-mission dialogue and animated cutscenes taken from an already confusing Japanese animation – but it serves as a nice backdrop for some intense dog fighting.

The best-selling point of this title is the amazingly simple controls. By pitching the Nunchuk back and forth to adjust the speed and twisting the Remote Controller for movement, even the least aerial of gamers can quickly feel comfortable flying the period planes around to take out rival corporations’ pilots. To make combat even simpler and more cinematic, the game introduces the “Tactical Maneuver Command” ability where players who successfully tail a foe long enough can execute a mid-air maneuver to end with their prey squarely in their crosshairs.

Admittedly, the simplified controls may not be for everybody – especially for those with PC flight rigs that cost more than a Wii – but it is a truly enjoyable game. If this game and others can reignite the afterburners on gamers’ interests, there is a real chance that flight combat games might have a new future in the console market. If not, at least there will always be a home for these games with the die-hard fans.