Select Quotes From My Favorite Actresses 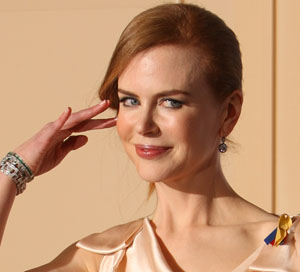 I make no secret of the fact that in the past I’ve been called things like a chauvinist pig before. Ironically, the people who generally call me that are my female friends who have a very high opinion of me. Even chauvinist pigs have a great deal of respect for great women who are artists. For the next installment of my “quotes” series, I’ve selected some quotes from some of my favorite actresses.

“I try to lead as ordinary a life as I can. You can’t get spoiled if you do your own ironing.”

“It’s important to me to work with good people that are not worried about how they look. You know. Real actors. They’re your blood.”

“Someone once said that sometimes studio heads don’t want to cast films with the image of their first wife in the role. It’s just rather unpleasant for them. So they like the idea of the new one.”

“I get nervous calling myself an artist. I feel I’m more like an interpreter or a violinist, you know.”

“Let’s face it, we were all once three-year-olds who stood in the middle of the living room and everybody thought we were so adorable. Only some of us grow up and get paid for it.”

“But ... in my own experience of male and female directors, people have a much, much harder time taking a direct command from a woman. It’s somehow very difficult for people.”

“I love acting but I don’t like all of the other stuff associated with it. The interest in celebrities, the press, the Internet, when your identity becomes mixed up in the way people are perceiving you.”

“It’s a very brave thing to fall in love. You have to be willing to trust somebody else with your whole being, and that’s very difficult, really difficult and very brave.”

“It was very natural for me to want to disappear into dark theater, I am really very shy. That is something that people never seem to fully grasp because, when you are an actor, you are meant to be an exhibitionist.”

“Even from a very early age I knew I didn’t want to miss out on anything life had to offer just because it might be considered dangerous.”

“I don’t think anybody can be told how to act. I think you can give advice. But you have to find your own way through it.”

“The more I do, the more frightened I get. But that is essential. Otherwise why would I go on doing it?”

“People think you know beforehand when you win an Oscar - I can assure you, you don’t.”

“It is not good to cross the bridge before you get to it.”

“I think you’ve got to have your feet planted firmly on the ground, especially in this business, and you must not believe things that are said or written about you, because everything gets out of proportion one way or the other.”

“I think you should take your job seriously, but not yourself. That is the best combination.”

“Being understood is not the most essential thing in life.”

“I think an artist’s responsibility is more complex than people realize.”

“You rarely have a director like Martin Scorsese or a co-star like Robert De Niro, who rehearses and rehearses until you get the feeling that for the time you’re with him he is the character. It’s so real it’s frightening.”

“As time goes on, I will play characters who get older: I don’t want to be some Botoxed weirdo.”

“I’m nervous every day on a film set. The anxiety of performance is not like anything else because you never know if you’ll get there or not. There is an anxiety when it comes to finding the truth.”

“If I fail, at least I will have failed my way.”