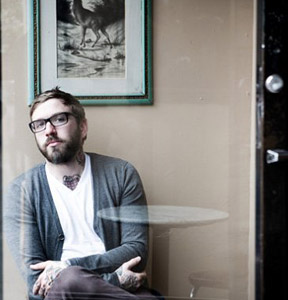 Dallas, Dallas, Dallas. It’s been far too long since last we saw you flying solo. Not that there’s anything wrong with seeing City and Colour’s singular member when he’s in town with his other band Alexisonfire, but seeing Dallas Green with just a guitar in an intimate venue makes for a special experience. Playing a mix of songs from 2008’s Bring Me Your Love and 2005’s Sometimes, along with some new material and the occasional cover, Green showed why he’s one of the best there is at what he does.

Which, of course, is turning a few hundred people at a time into sobbing messes.

Hitting most of the fan favorite tracks with help from his backing band, Green’s strength lies in more subdued tracks like “Day Old Hate” and “As Much As I Ever Could,” which saw him at his most emotive. Throwing caution to the wind with his vocal vulnerability, Green’s already a highly skilled vocalist on a technical level, but compounded with his ability to bare his soul with each performance like it was the first time he’d sang those songs, he makes his set a full audience experience.

Ending poignantly with an a cappella cover of “Grinnin’ In Your Face,” Green’s stripped-down, soulful rendition ended up being the most moving song in his set, fully displaying the conviction to his music that makes him so important to this scene.