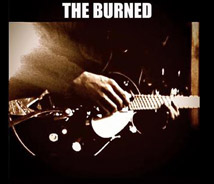 In a time when people claim that the world’s end is nigh, Kurt Baumann, from the Burned, has a 12-tracks-long message to share with those who are ready to listen. In his solo debut, Kurt Baumann sets off on an emotional journey that’s in constant flux. The tone starts off dark, then it bleeds into the nostalgic numbers and suddenly the sound is swept up to optimistic. Although his latest album, The Burned, sounds a bit apocalyptic, Baumann says that he is “not trying to preach,” but rather wants to share his views and inspire listeners. It's a good thing there’s still time, because his full-length solo album is not one to ignore.Songs such as “Where Are We Now,” “Monster” and “Man Running” are reminiscent of Pink Floyd’s “The Wall,” an eerie walk through a disturbed, troubled mind. Mix that together with the echoed vocals, deep-felt lyrics, and excellent guitar riffs and you’ve got Pink Floyd’s prodigy.Baumann’s soothing voice, reflective lyrics and hearty melodies in “Time” featuring Katie Gray, “Make Believe” and “Listen” are worth hitting replay. Track 12 marks the end of Baumann’s first literary recording, but not the end of his musical verve.


The Burned is currently available.
Article posted on 2/9/2010
This article has been viewed 2916 times.