Jonathan Perez: "So You Think You Can Dance" alum is creating a "Legacy." 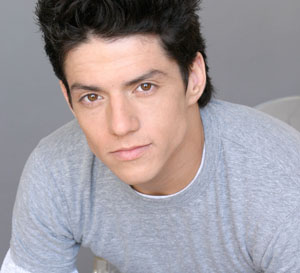 Born in Brooklyn, raised in Miami, living in Los Angeles and of Colombian descent, Jonathan “Legacy” Perez has a diverse background that is envied in the entertainment business.

Now famous for his top performances in “So You Think You Can Dance,” b-boy Legacy started dancing at 15 years old, when he came across people grooving at the bottom of a rink at a skate park. Intrigued by their agility, Legacy decided to test his own.

“Breaking is physical,” he says, and with a soccer-trained body, Legacy decided to try dancing.

Fast-forward to the present, and Legacy is one of the hottest names in the dance world. And by hot, I mean in all aspects of the word. Quickly stirring up hormones among girls, Legacy is now considered a “teen heartthrob.”

And who would disagree? A dedicated self-starter, sizzling dance moves and a fun personality equals the recipe for the makings of a Class A persona.

Legacy says he never really thought too much about being labeled a heartthrob, “but I guess it’s a great thing,” he admits. “I know who my fan base is, and I use that for good.” Legacy refers to his Twitter account (@miamilegacy), where he regularly tweets inspirational messages to which fans reply that he has helped them in some way. Talking about future aspirations, Legacy has thought about going to business school to study marketing.

“I think it would be cool to learn that,” he says.

But for the meantime, he continues, “Something I would like to do is choreograph for rappers. I would love to introduce the artistic elements of dance into their videos instead of just seeing half-naked girls running around. It would be so great to work with Lil Wayne, or someone of that caliber; it would be a life-changing thing.”

His current projects include creating celebrity dance showcases that unite the strongest dancers of different styles in one show. It is still in the development stage, so the themes and ideas could very well change.

Also, Let’s Break, an instructional DVD on the beginning basics of break dance steps is available for purchase, as well as B-Girl, a movie he co-stars in. B-Girl, written and directed by Emily Dell and produced by Elizabeth Dell, tells the story of a girl from the East Coast who moves to Los Angeles after surviving a life-threatening incident. Once in Los Angeles, she finds and joins a dance crew, while fighting for her right to dance.

Legacy comments, “It’s a beautiful story, and the dancing is what makes it real.” Dance is only one of Legacy’s many talents. He also enjoys writing.

“I love poetry,” he shares. “I love wordplay and the concept of poetic organization.” One of his mottos is, “Whatever you do in life, do it consciously, and share it.”

With this inspiration, he is working on writing his first book, something that puts together his elements of life: dance, poetry and photography.

“I just want to write something where I will be able to provide my own input and talk about my own take on happiness.”

So how exactly did the name Legacy come to be? It was born a few months after he started break dancing at a competition where he placed as a finalist, trumping some dancers who had been breaking for years. After the competition, a guy came up to him and asked if “someone had passed down their legacy.”

With a 15-year-old’s limited vocabulary, he researched the true meaning of the word and later adopted it as his name. This was not an egotistical tool to create an image for himself, but instead, it was taken as a challenge. He wanted to, as he says, “own up to it.”

Having this attitude is what sets Legacy apart from the rest. Deep thinking and truly insightful, he believes that everybody has their legacy. They just have to find it.

For more information, visit iammylegacy.com.
Article posted on 2/10/2010
This article has been viewed 8828 times.