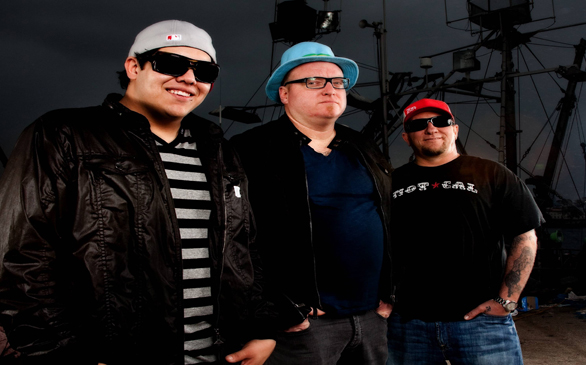 The Splitting The Atom EP did little to satiate fans’ desire for new Massive Attack material last October. With the long-awaited release of Heligoland, the British duo’s fifth studio album, Massive Attack strips down its sound slightly and focuses mainly on entrancing and leading the listener through a trippy landscape of percussion and bass.

Heligoland packs a guest star nirvana on each track beginning with TV on the Radio’s Tunde Adebimpe on the eerie “Pray For Rain.” The hopelessness and looming feeling of doom in the piano-heavy track is at times too much to handle. It takes a few listens to get into the groove, but the tempo picks up with “Babel” and “Splitting The Atom.” The album truly delivers on “Girl I Love You.” Guest collaborating staple, Horace Andy’s dreamlike vocals paired with the addictive drumbeat, make “Girl I Love You” a song worth the seven-year gap between studio albums.

The late Jerry Fuchs lays down some of his best work behind the kit along with Damon Reece. The live drumming by Fuchs and Reece gives Heligoland versatility and helps push the creative envelope by giving each track a fuller, richer sound.

Hope Sandoval’s angelic voice brings out the Eden in “Paradise Circus,” where she sings about unrequited love. Heligoland is replete with enough despair to make a cynic of anyone, but the beauty in which it’s presented would give no hints that this is an album that deals with loss, addiction and fleeting hope. It might take more than a first listen to understand Heligoland, but the effort is worth it.


Heligoland is currently available.
Article posted on 2/16/2010
This article has been viewed 1683 times.