The College Boys Are Back in Town: UCLA and USC Baseball Preview 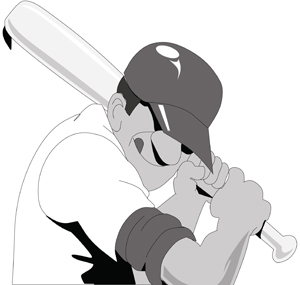 (Credit: Bill Baker/MCT)
A bad precedent has already been set, but the boys with the aluminum bats surely hope the lackluster play that has struck the most recent editions of conference football and basketball does not spill over into Pac-10 baseball. The same goes for UCLA and USC, who both hope for a reversal of fortune after disappointing performances in 2009.

Of course, Pac-10 baseball may have already gone through the motions of a lackluster year, what with most teams performing below expectations in 2009 – meaning 2010 may instead be a rebound year. Both UCLA and USC certainly hope that turns out to be the case, though the Bruins are probably the only team who has the personnel to significantly improve upon a near-disastrous 2009 season.

Missing the postseason with a third place conference finish last season, the Bruins (27-29 overall, 15-12 in Pac-10) hope to tighten their screws this year. While UCLA had its fair share of injuries last year, the Bruins committed numerous unforced errors with morbid regularity.

Even worse, UCLA was 2-14 in one-run games and, at one point, suffered through a 10-game losing streak. With an offense that ranked in the bottom third in the nation in almost every major statistical category, expectations are definitely lower this year, especially after losing Cody Decker, Casey Haerther, Eddie Murray, Gino Aielli and Gabe Cohen. Still, UCLA will be playing a lot of small ball in its efforts to manufacture runs – all part of assistant coach Rick Vanderhook’s offensive strategy.

Look for juniors Brett Krill and Niko Gallego, alongside sophomore Dean Espy, to make the most moves on offense, with three highly touted freshman recruits in Beau Amaral, Cody Keefer and Jeff Gelalich bringing some new raw talent to the squad.

Perhaps the team’s biggest weakness is a lack of a true designated hitter, but with a home-heavy schedule and manageable traveling, the Bruins should improve upon their 27-29 record and qualify for the postseason this year. The Pac-10 coaches selected the Bruins to finish third in conference in their just-announced preseason poll, and that is probably where UCLA will finish – for the fourth straight year.

Across town, Southern Cal has struggled to reclaim its past glory under head coach and team alum Chad Kreuter. Last season’s squad was considered the best-ever during the Kreuter era, and the team finished no better than it did in the two previous years during the former Major League catcher’s tenure – a second straight 28-28 finish, with a 13-14 record in Pac-10 play.

While the 13 conference wins were the highest total since 2005 and second highest in eight years, the Trojans were tied for fifth place in the Pac-10 last season. With several players from last year’s team being selected within the first 20 rounds of the most recent MLB Draft, expect Southern Cal to continue its struggles in 2010.

The outlook for 2010 becomes bleaker when factoring in only four of nine starting position players and one of three weekend pitchers are returning. Accordingly, the league’s coaches voted USC to finish eighth in conference this season.

Still, the Trojans can make some noise – all while (hopefully) saving Kreuter’s job. Making the most noise for Southern Cal will be sophomore Ricky Oropesa, a Freshman All-American in 2009 who led the team with 13 home runs and 48 RBI last season. Senior Mike O’Neil returns, and sophomore Alex Sherrod should have a solid season at the plate. Despite a rather weak bullpen, Southern Cal hopes redshirt sophomore Andrew Triggs and senior Kevin Couture will strengthen the weekend rotation enough to limit the team’s reliance upon relievers.

While there are still many questions about consistency, pitching, offense and experience, USC does have enough elements in place to exceed expectations and qualify for its first post-season berth since 2005. Kreuter must motivate his boys to finish above .500 for the first time in his four-year coaching career.

As for the rest of the Pac-10, expect Arizona State, which had the nation’s lowest ERA last season, to be the class of the conference yet again. Also expect Stanford and Oregon State to join UCLA in the fight for second place.
Article posted on 2/16/2010
This article has been viewed 2012 times.