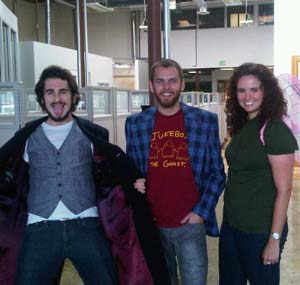 Are you one of those students interested in comedy who has utilized your talents in places such as Company, which performs live comedy and “SNL”-style digital shorts in between performances at UCLA’s annual Spring Sing competition. Or maybe you’ve investigated the comedy performances of the quarterly improvisation group called Lapu the Coyote that Cares (LCC) Theatre Company.

The stories that come straight out of the Bruin home-front are a great setup for material that can be seen throughout the school year captured satirically by UCLA performers and writers. Now an opportunity arises for those who want to make a career out of the hilarity that ensues from UCLA’s campus life.

Comedy.com, a central hub for videos of outrageous hilarity, is now hiring an intern to host an official UCLA blog channel. The intern has the opportunity to work at their Santa Monica offices and also receive a stipend.

Applying is pretty easy and requires some information about the individual’s take on what they find funny about college life by drafting a Top 10 list. From the looks of the application, a strong knowledge of Internet comedy blogs and web content seems to be a major plus. The site receives over three million fans a month and gives students the opportunity to pursue career paths in content management, marketing and video production. The final deadline for all applicants is Feb. 26.

For more information, visit comedy.com/college.
Article posted on 2/18/2010
This article has been viewed 1356 times.