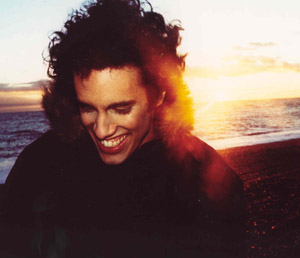 Four Tet: There is Love in You

Domino has released the first Four Tet album in four years, a nine-cut excursion into trippy ambient and experimental sounds called There is Love in You. Four Tet is the stage name of Kieran Hebden, the British DJ/producer/musician who has done everything from score a scene in the James Bond thriller Quantum of Solace to record several projects with the highly respected American jazz drummer Steve Reid.

As avant-garde as There is Love in You is it’s still quite accessible thanks to Hebden’s knack for creating sublime beats, and a 12-inch single featuring hypnotic dance numbers “Love City” and “Our Bells” is also currently available. Hear the new music when Four Tet plays the Echo Feb. 27.

Fans of Tool and Puscifer probably know by now that the frontman for both bands, Maynard James Keenan, is also in the wine business. Keenan and his vineyard partner Eric Glomski are involved in an attempt to revolutionize the U.S. wine industry by creating a new wine region in northern Arizona, an area not normally associated with wine production.

Blood Into Wine is screening at the Laemmle Sunset 5 Theatre in West Hollywood from Feb. 25-28 and drops on DVD and Blu-ray May 4.

Santana personally supervised the remastering of Supernatural: Legacy Edition and selected the two-CD set’s 11 previously-unreleased cuts, including a new single called “Angel Love (Come With Me).” Among the other cuts available here for the first time are “Bacalao Con Pan,” “One Fine Morning,” “Rain Down on Me” with Dave Matthews and Carter Beauford, a medley of Bob Marley’s “Exodus” and “Get Up, Stand Up” and an extended version of “The Calling” with Eric Clapton.

If you’re a big fan of gravelly-voiced singer-songwriter Tom Waits, you’ll want to take the Crawling Down Cahuenga: Tom Waits’ L.A. tour put together by Esotouric Bus Tours. The tour will be led by writer David Smay who authored the “Tom Waits’ Swordfishtrombone” title in the album-analysis series from publishers 33 1/3.

The tour explores the parts of Los Angeles where Waits hung out in his pre-stardom days, including favorite Echo Park and Hollywood haunts, and details incidents like brawling with punks at the Troubadour and wild times at the Tropicana Motel.

The tour is offered only once this year, April 3. Find all the details at esotouric.com/waits.

About a year ago, long-running Portland band Quasi announced they were working on a new record, and now it has dropped. American Gong marks the first time that founding members Sam Coomes and Janet Weiss have expanded their duo format as “new” (since 2006, actually) bass player Joanna Bolme of Stephen Malkmus + The Jicks joins the fun. Hear the trio bang American Gong and songs from their vast repertoire at their Spaceland show March 12.

Universal and Hip-O have teamed to release an expanded version of Elvis Costello’s historic 1978 performance at Hollywood High School. The new version features 11 previously-unreleased tracks from the show including versions of “Radio Radio,” “Pump It Up,” “This Year’s Girl” and “Lip Service.”

When I first heard about the Little Brother listening session for LeftBack, I thought: Who’s doing the production? The North Carolina group is best known for their first two hip-hop albums with 9th Wonder, but on the third, 9th only produced one track, which featured Lil Wayne. It made me wonder, where is 9th Wonder?

Proving that Big Pooh and Phonte are viable, able and skilled enough to rock without 9th, LeftBack brings relief in this drought that is now hip-hop. With distinguished guests such as Fat Lip, U-N-I and T3 of Slum Village, the mood was set to experience the new LP. In a room filled with some of the leaders of progressive music, all heads were rocking to the aroma of the fresh sonic pastries. LeftBack will be available April 20. —Doxx Cunningham