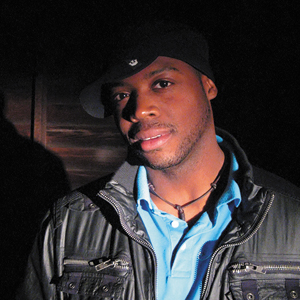 Having stepped onto the indie filmmaking scene at the age of 19, Sultan Sharrief is no stranger to hardship. His directorial debut feature, Bilal’s Stand, is a fictionalized autobiographical tale of his own life, and a moving testament to just how far an underprivileged inner-city kid can go.

Raised in Detroit, Sharrief was born into a Muslim family, the seventh of nine children. While growing up, his parents, and by extension his family, converted to Islam. His life was centered around school and his family’s cab company. It is from his family that he drew his inspiration to excel.

An ex-Black Panther, Sharrief’s father made it a point to educate his children on the struggles of the Civil Rights Movement. Disappointed by the general lack of representation of upstanding African-Americans in the media, Sharrief’s entertainment focused more on civil rights documentaries than the big TV programs like “In Living Color.”

It’s no wonder then that Sharrief came to understand perspective as one of the driving forces of the world today.

He realized his struggle would be to break free of the perceived impossibility of success by everybody around him.

Thus began his education at the University of Michigan. While studying sociology, his focus on the needless conflict of perspective continued to follow him. He grew weary as he saw short-term fixes applied to large problems, what he phrases as Band-Aid solutions.

“Coming from Detroit, you see a lot of that,” he reasons. “Not real solutions, just Band-Aid solutions.”

He felt the need to bring his views on perspective, conflict and indecision to others; to get his message across to those that could use it. So, two and a half years into college, he took an introductory film course.

“I loved it, man,” he says. “I dropped everything else and changed my major to film.”

It is from this sudden change of focus that his involvement in the feature The Spiral Project began. In 2006, the film was nominated for an MTV Movie Award. For Sharrief, however, this victory was bittersweet. Having proven to himself that filmmaking was possible, he now wanted to make a movie that would fulfill what got him into the process to begin with.

His other project was a script, a fictionalized self-portrayal, Bilal’s Stand. Unlike The Spiral Project, this film was self-funded. They raised enough for the film and equipment truck rental for two weeks. The rest of the shoot was primarily funded through credit and debt.

There was one other big player, however, that he did not foresee: his students. In an assignment in which they were to practice pitching a film, they ended up raising $12,000 in food from local restaurants and businesses for the movie.

The shoot was on.

But, yet again, the universe would place another obstacle in his way.

At the end of the shoot, those behind the project found themselves thousands of dollars in the hole. It took them eight months of fundraising before they could even see the dailies. Eventually, they got back one quarter of the film, with which Sharrief cut a trailer.

Then it was back to the fundraising campaign for another four months. Finally, in September 2009, Sharrief completed his work, and shortly thereafter, it was accepted into Sundance.

So what’s next for Sharrief? Lots of things. He is currently running what he terms “an Obama-like campaign” to show Bilal’s Stand to high schools around the nation, along with theatrical screenings, with proceeds being donated to local youth-based charities.

He is developing a documentary about Detroit’s food wasteland, in which he examines nutrition and health in a city where a substantial amount of kids primarily get their food from gas stations and liquor stores. And, of course, he continues to teach his students at EFEX.

Not bad for an inner-city kid from Detroit.