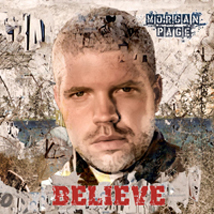 The success of the Grammy-nominated single “The Longest Road” launched Morgan Page into the dance music spotlight. So naturally, it’s no shocker Page’s sophomore album, Believe, is surrounded by hype, hope and scrutiny.

The first single, “Fight For You,” released back in September, topped the charts, proving Page still has the goods. But the big question is, how does the remainder of the album compare?

Believe proves Page is not just a one trick pony, cycling from his signature dancefloor-jarring progressive house to moody downtempo. He even covers Pete Yorn’s “Strange Condition” to mix things up a bit – but it doesn’t stop there. Tracks on the album feature vocals from “The Longest Road”’s Elisabeth Morris (AKA Lissie,) Samantha James, Telepopmusik’s Angela McClusky and Page himself, making Believe a solid album from start to finish.