Cell Phone Gaming: The Fight for the Cellular Screen 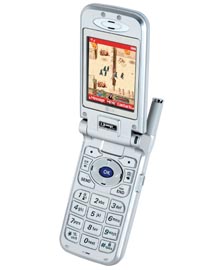 Traditional video-game powerhouses Nintendo and Sony have been battling each other to define the emerging world of portable playing. But the newly launched Sony PlayStation Portable and Nintendo’s DS and Game Boy Advance already find themselves locked in a struggle with that most ubiquitous of gadgets – the cell phone.

And, at the annual E3 consumer electronics convention held in Los Angeles May 17 through 19, a phalanx of gamemakers was quick to argue that you don’t need to buy a pricey piece of hardware to get in the game.

Playing a cell phone game isn’t a new concept, but the industry has come a long way since “Snake” invaded monochrome Nokia cell phones in 1997. The evolution of cell phones has been quick. Almost every new handset sold today has a color screen and a graphic chip that can play games that mirror classic Game Boy titles. More advanced handsets, such as the LG VX8000 from Verizon Wireless, have a 3-D chip that approximates the performance of the original PlayStation.

As games look better, consumer interest rises – industry analysts predict that, by 2007, cell phone gaming could be a $7 billion business for American carriers.

The majority of games are developed and published by dedicated cell-phone gaming companies, such as JAMDAT, Sorrent, Gameloft and Iplay.

But the promise of huge money on the horizon has started luring bigger fish to the pond, such as Electronic Arts. The gaming giant just announced its intention to publish mobile editions of its biggest franchises, such as “Madden NFL” and “The Sims 2” by the end of the year.

Adoption of advanced games from mobilemakers still lags behind old standbys. According to Sprint, the biggest selling games on their service are still “Tetris” and “Ms. Pac-Man.” (JAMDAT recently purchased the rights to publish “Tetris” for the next 15 years.) As comfort with the space grows and more people purchase new handsets capable of handling more than falling blocks, expect to see games such as Gameloft’s actioner “Splinter Cell Chaos Theory” and JAMDAT’s “JAMDAT Sports MLB 2005” rise up the charts.

However, the industry still faces hurdles. Unlike Japan and Europe, subscribers in America have to buy their games through carrier-controlled portals. These portals are often bland and sometimes confusing – only the title of a game is displayed with very little description. Sample screenshots of the game are nowhere to be found. Buying a game feels like a risk, and even though cell phone game prices are still relatively low (most games hover around $5), nobody wants to bloat their cell phone bill even further with a bum game. And then there is the threat of entertainment overload.

“I would have thought that people would have burned out on the pace of entertainment choices a long time ago,” Ballard says. “I don’t think things are going to evolve to the point that people start shutting down. People will start requiring more sensory inputs.”

And there is a growing pool of developers anxious to provide them.