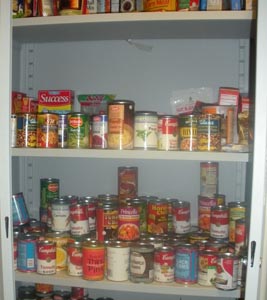 It is hard to believe that within a world-class research university, boasting the best and brightest of the nation’s students and faculty, the problem of hunger exists. Proper nutrition is considered one of life’s most basic needs, yet when all your money goes toward rent and tuition, having something to eat becomes secondary, even nonexistent.

In 2008, UCLA’s Food Closet was created for students by students. It is a place where any student can get free food. There are no requirements, just a request not to take more than you need.

Located in a small closet at the Student Activities Center sits a large, mostly empty refrigerator. Next to it holds a pantry filled with various canned goods, breakfast cereal and instant ramen. A small table squeezes in front of the entrance with a large empty bowl made for holding fruit that has all been taken for the day.

Next to the bowl, a small guest book. In it students have written accounts of their gratitude to a program designed to directly address hunger on UCLA’s campus. From a small sentence, “Thanks for the raisins,” to longer, more detailed accounts, each passage reveals the individual struggles students face for one bite to eat.

One passage reads: “The hardest thing to accept is the notion that there are times in life when you become dependent on [the] charity of others.”

The Food Closet was envisioned by student Abdallah Jadallah and implemented through the help of the Community Programs Office (CPO) at UCLA.

Now a senior, Jadallah helped to envision the food closet based on faith: “In the religion of Islam, if you see something wrong going on in society, you have to be an activist and fix it.”

Jadallah is the former President of the Muslim Student Association and now volunteers for Mentors and Peer Support (MAPS), one of the many student-run projects created to address the needs of access and retention of students to higher education.

Jadallah explains, “The CPO recognizes this problem [of hunger] and wanted to do something about it. Our goal was to help out students and our community. “

According to Thuy Huynh, the CPO’s Internship Advisor, “He [Jadallah] said, basically a lot of people aren’t eating, what can we do about this?”

Huynh’s interns help in the retrieval of food donations and provide the daily upkeep and organization of the food closet.

Though it was Jadallah who asked the question, it was CPO Director Antonio Sandoval who got the food closet up and running.

“Tony Sandoval did all the work from the beginning,” Jadallah says. “He e-mailed faculty and donated food. Since no one used the [CPO] closet for two years, we emptied it out.”

“The fridge, I don’t know how the fridge got there,” he adds, laughing.

Along with Sandoval, Huynh helped initiate food drives for university faculty and staff and partnered with several university groups like the Student Affairs Office and Undergraduate Students Association to plan food drives among her colleagues.

“People seemed number one, surprised there was an issue, and number two, willing to help,” says Huynh.

In December, UCLA Transportation & Parking Services held their annual food drive for donations to the Westside Food Bank, and they ended up giving half of the food to the Food Closet.

Huynh says, “This is a very small project. It wasn’t meant to be this large. As the recession gets deeper, the need gets larger. Our goal is to meet the need.”

A passage in the closet’s guest book illustrates this specific need as one student writes: “I am an undocumented transfer student. UCLA has always been my dream, but it has been one of the hardest/or most challenging experience. I receive no financial aid; I don’t qualify for any loans or many scholarships because of my SSN.”

From his work directly serving the needs of UCLA students, Jadallah notes, “A lot of people that can’t afford food are AB 540 and undocumented students.”

Students with such status are significantly affected by a lack of state financial aid. Student-run organizations housed by the CPO directly address these issues, along with others that affect student academic performance.

“It’s our students that are hungry,” says Jadallah.

Cinthia Loara, a second-year Chicana/o Studies major, is a CPO intern whose responsibility is to maintain and organize the Food Closet. Though sometimes it receives leftover food from school events year-end parties, much of the food stored in the closet is usually dry or canned items that are easy to open and eat.

“Mainly it’s canned goods, instant, a lot of less nutritional stuff like popcorn, but also breakfast stuff,” says Loara. “What’s most used and donated is anything that is instant. We also have Band-Aids, deodorant, soap and toothbrushes that students have access to because we also do have a large homeless community on campus.”

“Students are not hesitant for free food,” she says. “We consider the CPO our home, it’s somewhere where I’m comfortable at.”

Meza explains that not everybody at UCLA knows about the free food at the Students Activities Center.

“Sometimes when [I’m] in class, I say, ‘Hey, there’s a food closet you should go,’ and people are like, WHAT!” says Meza.

“Especially after the 32 percent increase,” she continues. “Students are struggling to pay rent. One of the things that affects you the most as a student is when you’re hungry. You can go with some sleep deprivation and go and get some coffee, but when you’re hungry, it affects your entire day.”

For those that are timid about free handouts, Jadallah explains, “It’s right there. If you’re hungry, go eat. The food is right there.”

For others, the creation of the Food Closet, though located in a small space and always in need of more food, is a huge relief. As another passage in the closet’s guest book reads, “It helps us get through the day here on campus and it also helps to remind us of all the good in the world.” 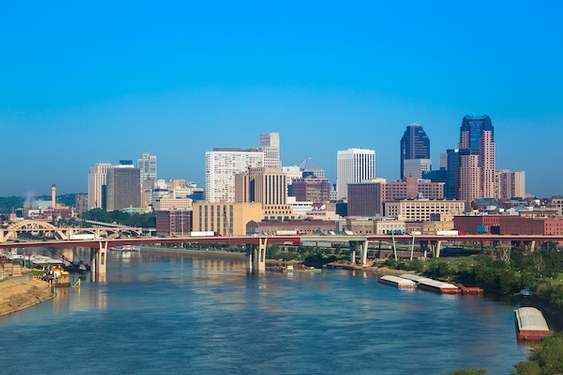 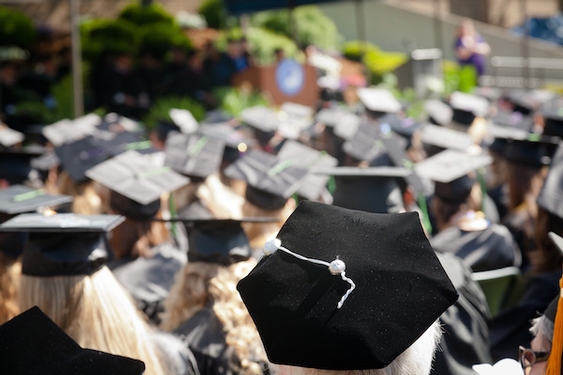 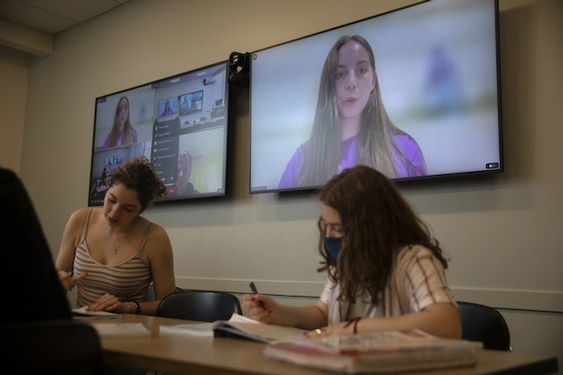 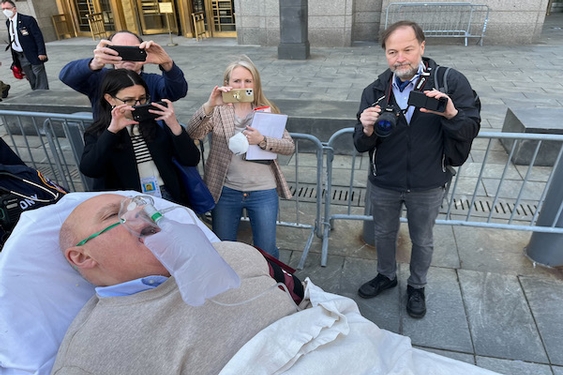