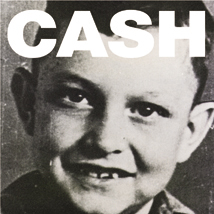 “Oh Death, where is thy sting?” the late Johnny Cash sings in “I Corinthians 15:55,” the sole original tune on his elegiac final album. Indeed, death hangs over the entire work – which Cash was working on up until his final days – from the ominous Biblical portent of “Ain’t No Grave” to the philosophical questioning of “Can’t Help But Wonder Where I’m Bound” to the more hopeful “For the Good Times.”

There are no Tom Petty covers or other jukebox re-workings as with previous Rick Rubin collaborations. Although there is one by Sheryl Crow (the anti-war “Redemption Day”), it’s a long way from “Leaving Las Vegas.” On the whole, the album is dominated by the spirituals that were interspersed in the previous American Recordings. It’s an affecting and ultimately inspiring swan song for a musical legend.