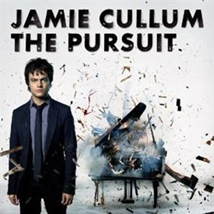 Despite the re-popularization in mainstream culture of jazz music in recent years, let’s be honest, some of the genre’s contemporary artists aren’t always terribly accessible. And even among the more accessible artists, there’s often a tendency to emulate classic musicians’ styles a little too closely, running a fine line between homage and smarmy d-bag cliché.

While he doesn’t get the same attention that some of his contemporaries get, English-born Jamie Cullum is one of the few who can pull it off effortlessly. For his fifth album, Cullum shows that his soulful voice and songwriting ability have only gotten sharper in the four years since his last release.

From the infectiously catchy “We Run Things” to the soft and delicate “If I Ruled the World” to the legitimately well-done cover of Rihanna’s “Don’t Stop the Music,” Cullum can do the big band crooning and just as easily show a more raw and vulnerable side when backed only by his piano. So if you’re looking to class up your playlist without sounding like you’re trying too hard, Cullum’s your guy.

The Pursuit is currently available.