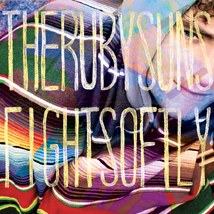 On the whole, Fight Softly is kind of like a wave. From afar, it’s really pretty and the sound of the lapping waves can be calming and exhilarating in turns. But when you get too close that sound becomes noise, and all the power within the wave can suck you under.

There are some really just awesome songs like “Mingus and Pike” that layer great ambient electronic beats and syth-produced hooks with McPhun’s softened vocals. On the other hand, there’s “Haunted House,” which starts out like a dream and then starts to stutter and completely turn around about 30 seconds in. About half of the album is perfectly balanced between fuzzy softness and discordant digital notes, while the other half is, unfortunately, overwhelmingly noisy and lacking in direction.