The Compton Cookout Was No Big Deal? 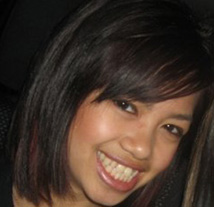 For every argument, there is a counter argument. In my research and curiosity about the “Compton Cookout” debacle that has awakened a subconscious breed of racism that has been silenced and overlooked, it is extremely interesting to me to find a Facebook Group listed as “UCSD Students Outraged That People Are Outraged About The Compton Cookout.”

This arena where white students, as well as minority students, stamp a “what’s the big deal?” sign over the national attention given to their school is alarming. It finds every way to devalue the situation as meaningless nonsense.

Though many have stated that they agree the “Compton Cookout” was created in bad taste, especially in the wake of Black History Month, there is also a sense that people think that the outrage the Black Student Union (BSU) felt at UCSD is in some way a form of spreading a liberal agenda that is essentially racist because it benefits only black students.

The person who seems to be the creator of the Facebook group named Lisa (though the group officially has no admins) explains primarily why she created the group:

“First and foremost, I have heard the list of demands being made to UCSD in reaction to the Cookout, including ‘sensitivity’ classes and a ‘safe’ area for African Americans on campus, but the party was NOT sponsored by the school. We are in the middle of California’s most severe educational budget crisis, and now we’re supposed to direct our minimal funds to ‘sensitivity classes?’ In perspective, that does not make sense to me, especially considering the fact that our classes are already impacted and faculty members are already having their hours cut or are being laid off.”

Nowhere in her whole explanation did she ever acknowledge the real reasons why people were offended and hurt by the “Compton Cookout” and the noose found in the library at UCSD. In psychology, when people are angry and hurt, a lack of empathy to their situation ignores something that is serious and important. You devalue not only the situation but, most importantly, the person as a whole. First understand why everyone is outraged so you fully understand their points of view, and then express your argument to the opinion. Debate 101.

The mantra of UCSD’s BSU is “Real Action, Real Pain” because these were incidents specifically targeted at them.

What I see in Lisa’s statement is a product of fear. She states that the demands for “sensitivity” classes and a “safe” space will cost California a lot of money with a concern for impacted classes and faculty employment. What she doesn’t see is the bigger picture. The demands created by the BSU, which were addressed by UCSD faculty on their Web site (battlehate.ucsd.edu), are long overdue for a school with only 1.3 percent blacks enrolled. Funding for these demands will not only be based on whether the state of California will increase funding to the UCs (which is another issue pertaining to why California’s budget crisis will affect all students), but also funds will be allocated to the school’s existing budget to HIRE a more diverse faculty.

Also, the view of “sensitivity” classes is not an indoctrination of a liberal agenda, but an acknowledgement of the history and contribution of oppressed people in American society. This includes the role of immigrants, women, LGBT, those of low socio-economic status (which includes whites) and ethnicities, including Jewish, Asians and Latinos. So you think it’s a waste of time to learn this stuff? I guess traditional K-12 education and the media have taught you enough.

In addressing a “safe” space, why would this scare anyone? UCLA and UC Berkeley already have a center for community outreach programs for access and retention of underrepresented groups. What is so wrong with that?

Changing tradition and fear of the unknown are natural human tendencies, and as I try to see things from the shoes of Lisa and the group she has created, I find the same arguments as those opposing the original Civil Rights Movement of the 1960s.

I encourage this group to walk in the shoes of those protesting. Social change isn’t easy when you’re not the one being personally threatened or degraded.