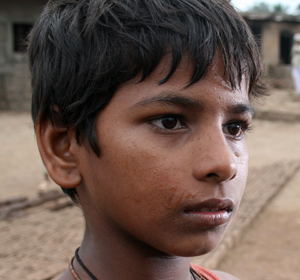 Sitting in Bovard Auditorium at the USC campus, a hundred people are staring at a silent screen.

“No audio!” shouts someone from the audience.

The screen continues to play a film silently, when another shout comes: “NO audio! I would know … this is my movie!”

The Macbook blip blip blip crescendos and the inevitable, “We are experiencing technical difficulties – Sorry for the inconvenience” screen appears. What eventually follows is a five-hour program that concludes a weeklong series of events, the third annual Southern California Business Film Festival.

The SCBFF, sponsored by the USC Marshall School of Business and the Center for Investment Studies, is the product of over 50 students, professors and faculty who started planning way back in August. The festival is a tribute to all things business within the film industry, with the current economic climate as the focus. Filmmakers and executives nationwide come together for the event, which explores the intersection of commerce and culture.

This year the SCBFF extended its program to the fall semester, officially starting this past October, with a workshop giving students a crash course in filmmaking to give them the knowledge necessary for creating a film. A screening of Glengarry Glen Ross with a Q&A with director James Foley followed in November to keep appetites hungry.

The week of Feb. 16-21, 2010, was the main focus of the program. On the festival’s agenda were panel discussions, film screenings, lectures, networking events and a student film competition offering up to $20,000 in prizes. Tim Engler, a sophomore in Business Administration at USC, served as the Assistant Director of Operations this year.

“SCBFF really expressed student interest,” says Engler. “It’s great to see a festival we were planning in the fall come together so well and allow students an opportunity to learn more about the relationship between business and film.”

Sunday afternoon, Feb. 21, marked the culmination of all the hard work that had been going on for months. Seventeen student-produced short films were selected from across the country to represent the future of Hollywood’s take on how business themes are present in our daily lives.

The films covered a variety of the different types of business, including prostitution, slavery, contracted murderers, sales, entrepreneurship and even the “finder’s keepers” aspect of business.

Some of these films were created by obvious beginners; with underdeveloped story plots and mediocre editing (Those were hard to sit through.). Others, however, created literal jaw-dropping scenes, had the audience laughing at “WTF” moments and (almost) brought me to tears.

To pick at a few films that were shown, my favorite was a two-tie between Second Choice and Kavi. Apparently, I have good taste (I mean, duh) because Second Choice won “Best Incorporation of Business Elements” and Kavi won “Best Picture – Runner Up.”

Second Choice is about an immigrant single mother struggling to make ends meet for her and her son. She teaches her son the lesson that there is always a second choice in life; that dishonesty should not be the only option. It was set in Los Angeles, and filmed in Spanish with English subtitles. After the showcase, I bumped into the actress, who won “Best Female Performance” and felt slightly starstruck. Yes, it was that good.

Kavi is a 2010 Oscar nominee about a boy in India who just wants to be a normal school boy, but instead is a modern-day slave who is forced to work in a brick kiln. After social services come to investigate the kiln, his parents are taken away, and he must decide to take a chance with the slave driver or escape to his uncertain future. Kavi also won “Best Director” and “Best Editing.”

In all, there were many things that happened during the week that were impressive, especially considering that it was basically a fully student-run production. If the festival was supposed to be a preview to what the future of cinema will hold, I’m feeling pretty optimistic.