When I Was Your Age, I Was Saving the World 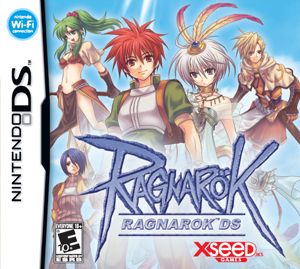 Much has been said about the clichés that run rampant through role-playing games. Girls are fast and use healing while boys are strong and use destructive magic. The villain forces you to travel through a desert, a forest and an evil temple, but his evil plan waits while you explore every corner of the world for some rare trinket. People can be brought back from the dead with less hassle than it takes to cure poison, but if it happens in a cutscene, then they’re dead for good.

While modern RPGs have moved away from some of these classic clichés, one age-old gem seems to persist. When the world is in trouble and the lives of countless NPCs are in the balance, it is always the children who are hit the hardest. By that, of course, I mean that the children are the ones who have to overcome the evil and save the day.

For some reason, it seems as if the only people who can stop some ancient evil from gathering the crystals they need to destroy all of creation are barely old enough to need to shave. Sometimes they have to pick up an ancestral sword and lead a ragtag group of plucky young adventurers, while other times they hunt down little furry creatures and try to trap them all in plastic balls. For whatever reason, these kids’ parents have no problem watching their offspring march bravely into almost certain death.

One common excuse, as seen in “Ragnarok DS” for the Nintendo DS, is that young heroes often find themselves orphaned right when the world needs a sociopathic sword-wielder with nothing to lose. In this case, our hero has just lost his mother to a broken heart. As an act of love for his departed mother and in defiance of the father who left them to become an adventurer, the hero decides to leave home and become an adventurer. Perhaps this isn’t the best thought-through plan, but he is a kid who just lost his mother, so you have to cut him some slack.

Questionable motives aside, “Ragnarok DS” attempts to take the quick combat of the internationally popular MMORPG, “Ragnarok Online.” The touchscreen controls of the Nintendo DS work well with the click-to-kill controls that are so popular in online games. By clicking all over the screen with the stylus, players can explore the world, cast magic and stab monsters of all sizes. It may not be the deepest of RPG experiences, but it does make for some fun, quick action.

There are some genuine shortcomings to trying to make a single-player experience out of a massively multiplayer game. In the DS version, the computer-controlled teammates are almost single-mindedly interested in killing everything and can only barely be convinced to do anything else. Leveling seems almost exclusively based on repeatedly killing the same groups of monsters and changing jobs reduces your level by half, two practices that are fine for multiplayer games but seem punishingly dull for a solo adventure.

On the opposite side of the RPG spectrum, “Vandal Hearts: Flames of Judgment” for Xbox Live Arcade and Playstation Network is all about controlling every action of a group of heroes in a single-player setting. This light take on the tactics-based RPG model gives players an intense squad combat experience with a remarkable amount of story for a downloadable title. And, of course, the hero is an orphan who is still in school.

Players with a long memory will remember this title from the 1997 classic “Vandal Hearts,” but this story of Tobias and the warriors who – for no obvious reason – follow the grossly underqualified pubescent hero is brand new. Players who don’t remember “Vandal Hearts” will still be able to enjoy “Flames of Judgment” without worrying about missing any of the plot. The story is simple and yet amazingly deep for a downloadable title, running just long enough to offer a break from the combat without boring the player.

Of course, if fighting monsters by taking turns moving characters around a grid doesn’t appeal to you, no amount of nostalgia will get you to fall in love with this game. While this is a new title, the gameplay is purely nostalgic simplicity from a time when games couldn’t be as complex as they are today. Assuming you like nostalgia or just want an inexpensive RPG, “Vandal Hearts: Flames of Judgment” is definitely worth the cost of admission.

Games & Gadgets
Gaming against sexual assault, with 'Decisions That Matter' and other video games
1,507 views