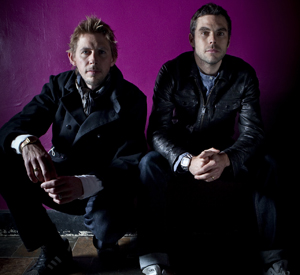 “I think even people who’ve hated everything we’ve ever made before could absolutely love this record,” says Cato.

No, there hasn’t been a shark attack. And none of the four members of the Palm Beach, Fla.-based Surfer Blood are surfers, either. They do know a little bit about waves though; the music on their recent Kanine Records release Astro Coast is full of surges of hook-laden power-pop that soak you to the bone before you know what’s happening.

The set of summery indie pop was laid down in a dorm room at Florida Atlantic University after the quartet pooled what was left of their scholarship money to buy recording equipment. No word on how the guys are doing with their college studies, but they’ve at least graduated to the national stage; Surfer Blood play music from Astro Coast during their March 27 show at the Echo.

Lemmy Gets a Golden God

Motörhead’s Lemmy Kilmister is the recipient of this year’s Golden Gods Lifetime Achievement Award. Sponsored by Revolver Magazine, the Golden God Awards are given to honor bands and artists who have excelled in the hard rock and heavy metal genres.

This year’s winner of the Golden God Award is Rob Halford; that honor is given to the person who “most embodies all that is metal” and will be presented to Halford by last year’s winner, Ozzy Osbourne. Fans decide who gets an award in nine other categories like Best Drummer, Best Live Band and even Most Metal Athlete; votes can be cast at revolvermag.com/goldengods.

The Second Annual Revolver Golden Gods Awards ceremony happens at Club Nokia April 8 and features a concert with Rob Zombie, Fear Factory, As I Lay Dying, the Devil Wears Prada and others. Metalheads who can’t make it in person can catch the whole shebang on VH1 Classic May 22.

Wu-Tang Clan brothers-for-life Method Man, Ghostface Killah and Raekwon have collaborated for a new album called Wu Massacre. The centerpiece of the album is a RZA-produced song called “Our Dreams” that is an homage to Michael Jackson and samples the King of Pop’s “We’re Almost There.”

Wu-Tang members Inspectah Deck and Cappadonna also appear as do Trife, Sheek and Bully, the Rhythm Roots Allstars and the ubiquitous Tracy Morgan on a skit called “How to Pay Rent.” Wu Massacre drops on Def Jam March 30.

A statement from the Mudvayne camp says that networks are unwilling to air the band’s new “Beautiful and Strange” video off their self-titled Mudvayne album. The “banned” video is purported to portray acts of sadism and sexually explicit acts that take place in a graveyard.

Of course, the fact that the video has been banned will make fans want to see it all the more. View director Frankie Nasso’s (Hatebreed, All That Remains) shocking cinematography at vampirefreaks.com if you dare.

It’s still very early in the year but legendary British punk band GBH has got to be a frontrunner for album title of the year. I guess after 30 years in the business, if you want to call your new album Perfume and Piss, you are certainly entitled. After three decades of playing smelly dive bars and bedding countless groupies, there’s really no need to explain the title. Suffice it to say that original vocalist Colin Abrahall swears that the new one is “the best album we’ve done in a long, long time.” Perfume and Piss drops April 6 on Hellcat.