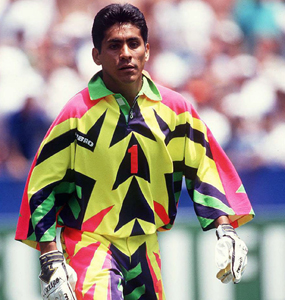 The World Cup is nearly three months away, but the Mexican National Soccer Team is already prepping for it. As a result, Wrigley’s Extra gum hosted a Kick-Off party at the Conga Room March 2, the night before Mexico faced New Zealand at the Rose Bowl. Mexico, who has Extra as its official chewing gum, won the match 2-0.

Retired soccer player Jorge Campos, who played as a goalkeeper with Mexico in the 1994 and 1998 World Cups, was the master of ceremonies for the event. The President of the Mexican Football Association, Justino Compeán, also attended.

“Mexico has a difficult group,” Campos said. “It does not matter who is the strongest from the three opponents. What’s important is the first game.”

Getting a victory in game one is crucial for any squad, and it would be ideal for the Mexicans to capture their first three points in their first affair. Mexico has seven scheduled friendly games before departing to South Africa.