She’s Out of My League 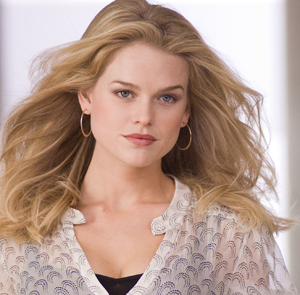 Batter up! Another loveable schlub is looking for love with a hot blonde dream girl. She’s Out of My League isn’t up to any new tricks. Long before anyone got Knocked Up, Patrick Dempsey built an entire career based on films where he went after a girl seemingly far beyond his reach, but they fell in love anyway. Remember Can’t Buy Me Love? Anthony Michael Hall’s geek bagged the hottest girl in school in Sixteen Candles, and Nicolas Cage totally scored his Valley Girl.

Now, Jay Baruchel has his moment in the sun as Kirk, a lovable loser working as a TSA officer, the millennium’s equivalent of the postal worker, at the Pittsburgh airport when he meets and falls for a “hard 10,” Molly (Alice Eve). Anyone with a Netflix account knows what happens next, but the pleasant surprise of She’s Out of My League is that despite well-traveled terrain, it’s still a super fun ride.

From ewww to awww, She’s Out of My League swings for the fences and succeeds. Sharply written and hilariously acted by the entire ensemble, the film deftly moves from the uproariously raunchy to sweetly sentimental without losing the audience. Thanks to standout performances by T.J. Miller, a blend of Napoleon Dynamite and Ryan Reynolds circa Van Wilder, as Kirk’s best bud Stainer, Nate Torrence as Devon, the married romantic who sees life through the prism of a Disney musical and Krysten Ritter as Patty, Molly’s belligerent best friend as well as Baruchel’s affable charm, the film is winningly sweet with moments of genuine hilarity.

Despite certain musical interludes that blast out at the audience feeling like someone left the TV on too loud during a car commercial and Eve’s slightly flat performance as the vision of perfection, director Jim Field Smith and screenwriting team Sean Anders and John Morris have crafted a confection of disarmingly enjoyable vulgar fun with a soft side. If Judd Apatow has taught us anything, it’s that nice guys get all the booty. She’s Out of My League makes you understand why.