Soyon An: Emmy-winning designer is an “Idol.” 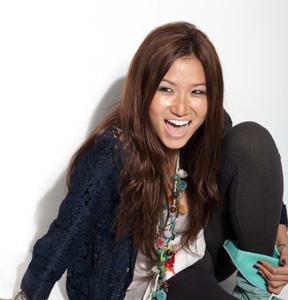 “Costumes are an integral piece in the enormous puzzle of making a movie. For an actor, it’s the piece that makes you feel different from yourself. It can be as important in the building of a character as rehearsal,” Sarah Jessica Parker stated when presenting the Oscar nominees for Best Costume Design on March 7.

With such a heavy responsibility, it is important to pick someone with passion, energy, dedication and innovation for the position of costume designer. Soyon An has just the right amount of each, with added charisma and charm, and a longstanding passion for art.

“In high school, I knew I wanted to do something in arts, I just didn’t know what,” she says.

This feeling was so strong, even after receiving a scholarship to play volleyball in South Carolina, she turned it down to go to Otis College of Art and Design. Since then, her resume has grown extensively.

For a show like “So You Think You Can Dance,” each week An was “put to the challenge of sticking to the theme of the choreography,” she explains. However, for “American Idol,” it was about “creating an image for these people who come to Hollywood not knowing what’s going on. It’s building a look. It’s challenging, but a lot of fun.”

As for the role of costume designer, An fully understands her influence: “It’s very important for an actor to have that confidence on stage or set, from head to toe. For example, if a singer feels like they’re feeling an outfit that suits the song, they really perform that song.”

And it’s not just about performers that this applies to.

“Wardrobe plays a huge part in people’s everyday lives,” she says. “Even every day, it’s what you wear that makes you feel different. You’re going to dress the part.”

For students dressing the part of apathetic college kid, An shares, “Clothes can really make you feel a certain way.”