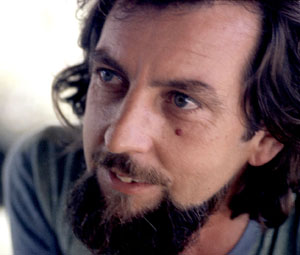 I know the majority of you are on Facebook, because I think the entire world is on that site. For me, it’s an easy, free way to stay connected with friends and family all over the world.

I shouldn’t be justifying my reasons for having one, because if we’re being honest, who doesn’t use Facebook as a way of putting off work? It can be really, really fun sometimes to procrastinate.

The only problem is, I get at least five Facebook event invitations every day, and it’s getting quite annoying. No, I am not going to your seminar on how to prevent catching the swine flu. I’m not attending your raging 21st birthday party because you are one of those Facebook friends whom I don’t actually know.

Usually when I get a new event invite, I let out a big sigh of annoyance and automatically click the “Remove from my Events” button. Only if a close friend has lost numbers or is having a party do I consider joining the dreaded thing.

But the other day I got an event invitation that caught my eye before I could reject it. It was entitled “Perry Henzell Tribute,” and something rang of familiarity.

The event is a double feature screening of two films I had not heard of. As it turns out, most of the world hasn’t seen one of these movies because the print has been lost for over 30 years.

It’s called No Place Like Home, made by the late Jamaican director Perry Henzell. He also wrote and directed The Harder They Come (1972), which was the film that introduced reggae music to the world and is the third-longest running film in American history.

In The Harder They Come, a country boy (reggae singer Jimmy Cliff) embarks on an odyssey of sorts to fulfill his dream of becoming a singing sensation. After living a life of crime for a short time, he becomes a star when his song becomes a big hit.

In response to the success of his first film, Henzell spent the entire decade of the 1970s shooting No Place Like Home, which follows New York producer Susan as she travels to Jamaica’s countryside in search of a runaway actress. The soundtrack includes music by Bob Marley & the Wailers, Toots & the Maytals and Peter Tosh.

Unfortunately, Henzell’s years of hard work were thought to be destroyed in a film vault flood in 1984 and became a lost cause. In 2006, admirers of Henzell were able to find and restore the supposedly lost film. It premiered at the 2006 Toronto International Film Festival. Sadly, Henzell, who was diagnosed with bone marrow cancer, passed away the night before his film premiered in Jamaica.

Because no one was willing to pick up distribution of Henzell’s homage to his fellow countrymen, the film was at risk of being lost for a second time. However, the dedicated people at the American Cinematheque, who also admire The Harder They Come and who have long been looking for No Place Like Home, stepped in to resurrect the latter film.

And so that is how it came about that Henzell’s masterpiece will be screened for its Los Angeles premiere at the Egyptian Theatre, brought to you by the American Cinematheque. On March 19 at 7:30 p.m., the films will be screened as a double feature in 35mm print. There will be a courtyard reception before the screenings, fully equipped with a DJ spinning the music of Jimmy Cliff and songs from The Harder They Come.

Between films there will be a discussion and Q&A with several members of the cast, Justine Henzell (the director’s daughter), producer David Garonzik, actress P.J. Soles, reggae historian Roger Steffens and Arthur Gorson, a friend of Henzell’s.

If you are any type of film lover, music junkie or someone who is up for watching something besides Avatar, this is the event for you. Thank you, Facebook!