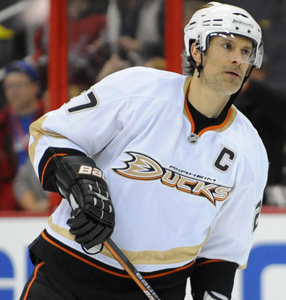 It was supposed to be a smooth flight into the Stanley Cup Finals, if only the Anaheim Ducks were prepared to deal with the rough turbulence that became the 2009-2010 regular season. Now, the Ducks have to make an emergency landing, strengthen their wings in hopes of taking off again, do double duty to make up ground and somehow arrive at their destination on time.

Unfortunately, if the Ducks do not fix their wings anytime soon, there will be no takeoff and the team will have to wait until next hunting season for the rough airs to shift to the friendly skies they discovered in 2007.

While Anaheim was in a similar position last season and managed to takeoff before being grounded for good in the playoffs, odds are firmly against the Ducks pulling off another late-season miracle this season, what with 13 games remaining and four teams standing between them and eighth-place Detroit Red Wings for the final playoff spot. With eight points to cover and four teams to pass, Anaheim’s remaining schedule does not make it any easier for the Ducks to attempt to takeoff again, especially with only three of the final 13 games against teams with losing records. Allowing more goals against than all but eight teams in the entire league and a tough end-of-the-season schedule, the window of opportunity is closing rather fast on the Ducks’ season.

Accordingly, all is but lost on the Ducks taking off again. With its flight plan toward the Stanley Cup just about derailed, Anaheim has a lot to do to avoid similarly rough skies and subsequent emergency landings next season.

Sure, the Ducks had their fair share of injuries this season, but with a questionable defense and an inconsistent offense, Anaheim will have to do a lot of work in the hangar in order to resume their regularly scheduled flight toward the Stanley Cup Finals.