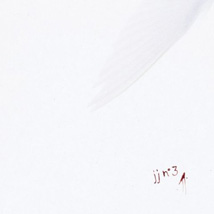 What is it about the Swedes? From the Sounds to the Hives and indie darling Lykki Li, there’s just something about their music, and I can’t be sure what it is. Now there’s one more aural Swedish export to add to the list: jj.

If you’re a Pitchfork fan, you might know the band for their debut album and single which both won accolades for best new music. And with their third album, jj no 3, the band does not disappoint.

It has an ethereal sound that bounces from the more mellow, traditional Balearic “Golden Virginia” that definitely takes notes from fellow Swedes the Cranberries, to the more upbeat “Into the Light” (which is oddly reminiscent of the music from the Hazy Maze Cave level in “Super Mario 64”). Each track is composed beautifully, with layers of instruments and samples supporting the lead singer (known only as Elin’s) dusky vocals to create a sound that is as mysterious as the band itself.