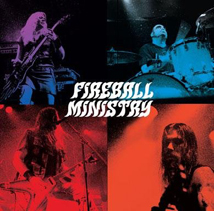 The latest offering from Fireball Ministry follows the same pattern that their earlier albums have used: straight ahead rock guitars layered with a unique vocal sound. The new songs sound alike; each is a shadow of itself. Even the production on the album seems a bit mundane.

The only way to truly enjoy the CD is by cranking the volume. Not such a bad thing, but for the rest of the population who can’t blast their music all the time, this album leaves them with very little to get behind.

Unfortunately, the band’s ability to perform live doesn’t come through. On stage they have a great show and truly let their guard down as they rip through songs.

Perhaps we will see a live album next from them. Until then, we have this self-titled release that does little to inspire.


Fireball Ministry is currently available.
Article posted on 3/15/2010
This article has been viewed 1500 times.