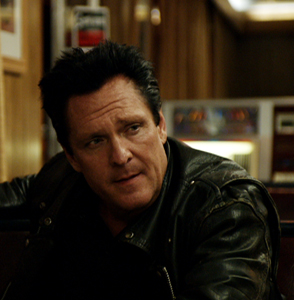 What do you do when you’re taken hostage in a roadside diner in the middle of nowhere at night? Do you make your best attempt to make a run for it, or do you wait it out?

In Mark Young’s latest psychological thriller, The Killing Jar, seven hostages, including waitress Noreen (Amber Benson), salesman John (Harold Perrineau) and diner owner Jimmy (Danny Trejo), decide to sit it out at first. As they realize there might not be a way out, anxiety starts to build and they formulate their own plans to take flight.

To make matters worse, the killer, Doe (Michael Madsen), who holds the patrons hostage, is not the only one with the killer instinct. Each hostage has a secret, which is revealed as they’re threatened one by one by a shotgun that’s thrust upon their forehead.Young, the director and writer of the film, captures all of the elements that make a thriller entertaining. There’s blood, gore, suspense, an unexpected turn of events, an exciting plot, convincing characters and tidbits of comic relief.

The movie stays in one setting, the diner, but the cast not only brings Young’s characters to life, the actors make it all look too easy as they deliver wholehearted performances. The Killing Jar is sure to keep audiences guessing and pinned to their seats from the sound of the first popping bullet to the last.