Put A Ring (of Kerry) On It: Ireland’s Scenic Southwest 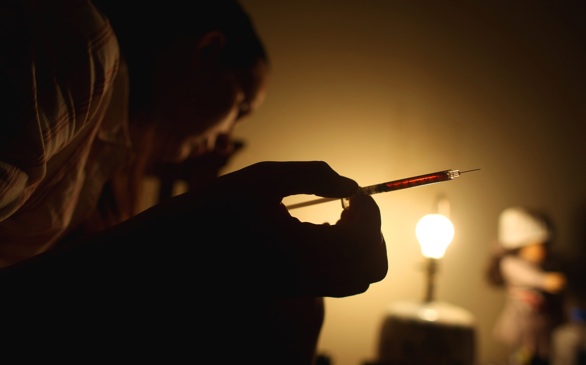 The Cliffs of Moher: one of Ireland's biggest tourist draws.
(Credit: Kevin Wierzbicki)

“Erin go bragh!” It’s usually around this time of year, around St. Patrick’s Day, that you hear people shouting those three words. Maybe you’ve seen the phrase scrawled across posters in bars and eateries, touting seasonal specials on frosty mugs of green beer and plates of corned beef and cabbage.

But do you know what the Gaelic phrase actually means? The basic translation is “Ireland forever,” and if you’ve been lucky enough to have visited the Emerald Isle, then you understand the sentiment.

If not, what are you waiting for? Ireland is easy to get to and get around in, the people are welcoming and it’s one of those places where everywhere you look there’s beautiful scenery and something unique to do. Some of Ireland’s most spectacular sights, including the famous Ring of Kerry, lie in the southwestern part of the nation. Spend your overnights in Limerick and Killarney, and you’ll be within daytrip range of a bunch of cool places.

Yes, the bawdy five-line poems known as limericks originated in this part of Ireland. With that in mind it’s hard to visit Limerick and not make up a couple of the things yourself. If you have trouble getting the hang of it, just ask anyone in a pub for a couple of examples and soon you’ll be a pro at reeling off your own amusing rhymes. (A pint or two of Guinness may help the process along.)

Another opportunity to be creative with limericks is during a road trip, and you’ll have plenty of time for creative wordplay on your way to the Galway area, about a hundred miles away. First you’ll want to stop at the Cliffs of Moher, one of Ireland’s biggest tourist draws. The view from atop the cliffs is jaw dropping; Ireland comes to a screeching halt here with a sheer 700-foot drop to the roiling Atlantic Ocean.

A bit past Galway is the village of Cong where you’ll find Ashford Castle (ashford.ie), one of the best preserved of the large castles in Ireland. Now a hotel, Ashford Castle is nearly 800 years old and once was the home to the Guinness family.

You’ll see castles of all sorts in your travels throughout Ireland but few as breathtaking as Ashford, where it’s easy to imagine you’re back in medieval times. Ashford Castle is also home to Ireland’s School of Falconry (falconry.ie) where you can learn how to hold a majestic hawk on your arm, cast him off to hunt in the woods and call him back to you.

The distance from Limerick to Killarney is about a hundred miles and a place not to miss on the road between is Crag Cave (cragcave.com). With so much beauty above ground you might not expect Ireland to have any “show caves,” but there are several and Crag Cave is one of the best. The earth began to “grow” Crag’s colorful stalagmites and stalactites after the last ice age; take the guided tour to see cave features like Théoden’s Road and the Crystal Gallery.

Killarney is the jumping off point for a drive on the loop road known as the Ring of Kerry. Spend the day here to see the Ireland you’ve always dreamed of – lush green rolling hills dotted with flocks of sheep and quaint villages with names like Sneem. You’ll see castles, ancient stone circles and the towering mountain range known as MacGillicuddy’s Reeks, find seaside villages where fresh seafood awaits and come across places to meet friendly Irish folks. For sure you’ll come to understand the true meaning of “Erin go bragh” – Ireland forever!

Travel
Want a camping reservation in California? Try this
128 views