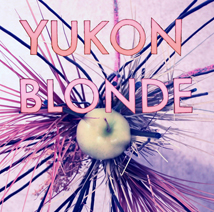 Give Graham Jones, Jeffrey Innes and Brandon Scott a set of instruments and they’ll run with them and take them down a long drive down the lone interstate highway. Their self-titled debut album is a product influenced by 1960’s rock harmonies, which gives it the experimental and organic sound all throughout.

When writing new material for their album, the Canadian band camped out in a van where they got in tune with nature, which is reflected in songs such as “Wind Blows” and “Trivial Fires.”

The trio keeps it simple: simple hooks, simple lyrics and very simple-toned vocals. Their music has been compared to the Band, the Byrds, Grizzly Bear and Crosby, Stills, Nash & Young (CSNY).Their easy listening rock music album is not one that falls under the must-listen-to-before-you-die list.

The low sound quality gives it a home-recorded feel and at times it seems like this band would be better off with only instrumental tracks. However, some of their more creative songs like “Brides Song” and “Babies Don’t Like Blue Anymore” deserve credit for their refreshing, catchy, visual lyrics.Avoid falling asleep behind the wheel, keep this vocally monotone album for short drives and solo walks down the promenade.