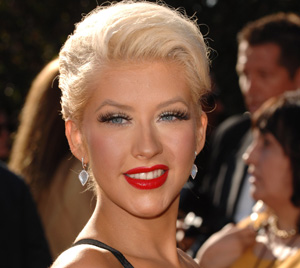 The mysterious enigma known as iamamiwhoami is making me and thousands of others around the world act like cyber detectives on crack, logging in constantly on the newest updates of who is behind the single best Internet marketing campaign I have ever seen. Since December, short one-minute videos have been circling the blogosphere featuring a blonde-haired woman masked either by black paint, digitally skewed or most recently covered in some sort of masking tape thingy.

There have been seven videos thus far on iamamiwhoami’s YouTube channel where thousands of people have left their comments and reasoning to who or what can be responsible for this amazingly complex and beautiful enigma. There is so much going on with this mystery, including but not limited to: a disturbing package sent to MTV, cryptic codes, ancient plants … the list goes on. When the first video aired, it was less than a minute long, and since then the response has grown exponentially with each posted YouTube clip.

How did we get to this point that a bunch of suits at a marketing firm has found a way to rely on word of mouth to create buzz and excitement to the birth (or rebirth) of a musical artist? Here I chronicle the six strategies to iamamiwhoami’s triumph in creating Internet drones to spread her/his/its message.

1) Puzzles! You would think that the Dharma Initiative would be behind this thing, or maybe Dan Brown, but the amount of clues and pieces to these videos extend beyond what you watch. Each video is titled by a series of numbers that fans have quickly deciphered using letter-number substitution. At the end of the first six videos an animal would appear, including a corresponding code sent to an MTV blogger asking fans to piece them together. Some have offered some very smart analysis, but no one has cracked the code.

2) Ancient Myths, Supernatural Stories: The videos have suggested clues relating to the plant species Mandragora, which in itself is tied to mythical stories of growing from the semen of hanged men (wow!). There are also six of everything including cakes, graves, strawberries and kittens littered around these videos. The play on folklore makes iamamiwhoami out of this world; we forget that this is the brainchild of a couple of people in suits laughing at us. Rather it tickles our fancy to believe that this artist represents some mysterious ties to the underworld.

3) She totally looks like... Hurry, think of a blonde female singer. Now take those singers and cover them in black body paint. For every person you can imagine, someone in the blogosphere has linked them to iamamiwhoami. Screenshots of the naked forest nymph have been painstakingly scrutinized, desaturated, zoomed in. Dude, her tooth matches Christina Aguilera’s, no wait it’s Lykki Li’s front tooth that tilts at that angle. Even after reps vehemently deny their artist’s relation to the campaign (Aguilera’s reps have sent out a statement twice.), people are still finding ways to link the videos to Christina’s “rebirth.”

4) The Fans: I admit, I am fully invested in this mystery. Logging on to message boards, news feeds, blogs, anything that will give me some new information. I was first infected by this video virus by a friend who was equally as curious, and from there, I have been engulfed in the madness. Not only me, but the thousands of others who are also doing the same thing. This is smart because it’s cheap; all iamamiwhoami did was e-mail popular music blogs. When these musical buglers sounded their horn, readers all over started re-blogging, tweeting and linking like crazy.

5) Aesthetics: This viral campaign wouldn’t work if the author used a flip cam in their backyard. These are some high quality, very beautiful art pieces that can be studied in the way of a cinematic auteur. Also, the music is atmospheric and technically innovative. In the end, with the entire enigma wrapped in this conundrum, it is the music and visual appeal of the videos that first caught my eye. It has the avant-garde look of Lady Gaga but darker and creepier. That’s why Trent Reznor, and of course Lady Gaga, have been popular guesses.

6) The Waiting: It takes roughly one to two weeks for each video to appear, ample time for people to come together in the Internet watering hole to decipher each frame of the video and why they believe it is still Aguilera. Another reason why the waiting game works is that it allows our imagination to go out of control; the less you give someone the more questioning and thinking they do to figure it out. Plus, iamamiwhoami has given us plenty of clues to think about. Collectively the most successful part of this campaign is the fact that it has brought the world closer together, panting with anticipation. It’s like dangling candy in front of us and then taking it away.