The Ready Set: Good to Go 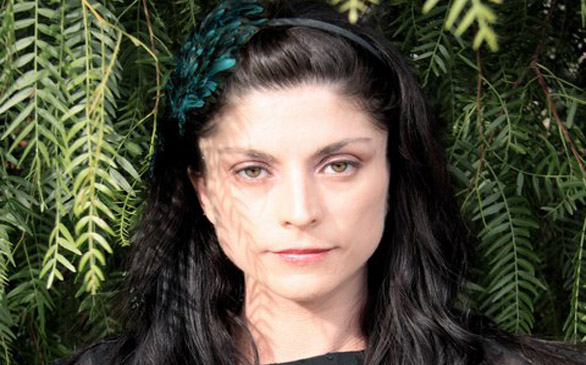 Ladies and gentleman, prepare to feel inadequate. At 11 years old, a young Jordan Witzigreuter learned how to play drums and a year later discovered punk rock. Nine years after that, Witzigreuter isn’t old enough to get a drink in the venues he plays in, but he’s signed to a label, writing and performing all his own music, playing major festivals and selling out club shows in the up-and-coming emo-pop scene. And he is not owned body and soul by the Walt Disney Company, despite those achievements.

Now what have you done with your life? Exactly.

“I started playing in bands through middle school and high school, then when I was 17, I started writing songs on my own and turned it into a side project,” says Witzigreuter of what would soon become the Ready Set. “Eventually it built itself up and made its way to become my main priority.”

Playing everything from both East and West Coast editions of this year’s Bamboozle festival to South By Southwest, and every small and intimate club between them all, Witzigreuter has been making quite a name for himself lately. Certainly a feat, given that any other guitar and synth-toting singer-songwriter might be lost to obscurity amid the growing numbers of bands fusing pop, punk and electronic music these days. Witzigreuter has an ace up his sleeve, though.

He actually has some musical integrity.

Crazy concept, huh? But then, Witzigreuter did grow up in punk rock’s not-so-distant past, so it shouldn’t be a surprise that the do-it-yourself mentality rubbed off on him along the way.

“My big inspiration band is Copeland, but the bands that stuck with me the most when I was younger were the ones I saw at punk shows, bands like Rise Against and Alkaline Trio,” says Witzigreuter. “The kind of energy at those kinds of shows is what made me want to have a super crazy live show. I try to put on what I want to see, and a lot of it is from that.”

Though his infectious, sing-along pop choruses are a bit of a far cry from the sandpaper howls of Tim McIlrath, Witzigreuter believes it’s the meaning and intent that matter most, rather than the execution.

“A good show is a good show. It can translate,” he says.

His translation seeming to find some resonance with listeners, Witzigreuter is admittedly stoked to currently be playing in larger venues and for larger crowds.

“It’s a lot less stressful than playing to small crowds,” he says. “When you play to 15 people, they’re watching everything you do. When you play to like, 800 people, it’s a big party because everyone’s having fun. With big crowds, it’s a lot easier to get the crowd participation going, because having people there that already know the songs will get other kids stoked, like a chain reaction.”

As for what audiences can expect when they come to see him live, Witzigreuter says, “A lot of energy, lots of lights, just a good time. A big party.”

Ironically, not so far off from the descriptive words that come to mind while listening to his recorded material.

“That’s the best part, being able to write something and see how people react to it in a live setting,” Witzigreuter says.

Just because Witzigreuter is a young guy doesn’t mean he isn’t self-aware, though. He knows his music and the genre he’s a part of aren’t for everybody. But he’ll make it worth it for the people it is for. His creative ethic wouldn’t have it any other way.

“Just have fun and make what you care about the only thing that matters, and don’t worry what other people are going to think about it,” he says. “That’s the one big thing for me, just doing what I wanted to do. That’s how this all got started. I wanted to write music the only way I really knew how. Just do what you want to do and put your heart into it.”

Nothing more punk rock than that, right?