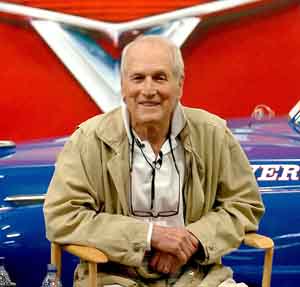 If you are one of my friends who actually read my column, stop right now. I mean it. You will inevitably get annoyed with the film event I have chosen for this week because I talk about this film possibly more than any other. No, it’s not Mean Girls, Superbad or some other recent teenage phenomenon flick that is quoted ad nauseam by anyone who has a television or access to the Internet. This film stars the two original badass heartthrobs of Hollywood who brought new meaning to the term “daring duo” and who made stars of Robert Redford and Paul Newman.

This movie was one of those films, if not the film, that made me love movies to begin with. Its premise revolves around the two gun-toting leaders of the Hole-in-the-Wall Gang set when the West was just becoming civilized. The men travel over mountains, through towns and across rivers, robbing trains and messing with a special posse that seems to always be on their trail. Technically, it’s based on historical characters, though I’m not sure how much is accurate. But you never know, they may have actually said, “Let’s go to Bolivia!” Or that could have been the genius of screenwriter William Goldman.

In any case, Butch (Newman) is all idea, and Sundance (Redford) is all action. Care to take a gander at the film I have loved for most of my life starting in early childhood, the film that I force my uninterested friends to see because it is that damn good?

Butch Cassidy and the Sundance Kid (1969) isn’t some obscure, indie film. I realize that it is a beloved classic for many movie lovers. It is being screened on Tuesday, March 30, at UCLA’s Billy Wilder Theater at the Hammer Museum because there is another person who loves Butch and Sundance and B.J. Thomas’ hit “Raindrops Keep Falling On My Head” as much as I do, and I think you’d be surprised to discover who it is.

UCLA Film & Television Archive’s Honorary Chairman Curtis Hanson is hosting his series known as “The Movie That Inspired Me,” which features films chosen by leading directors, actors and writers that have influenced their life and art. The series is not every week, but comes and goes on an irregular schedule.

David Fincher is a man after my own heart. He began making his own films with an 8mm camera when he was eight years old after being inspired by Butch Cassidy and the Sundance Kid. He’s come a long way from homemade movies. Often compared to Alfred Hitchcock, Fincher is known for his mastery of film technology and his ability to explore the ever-dark side of human nature through the medium.

“I don’t know how much movies should entertain,” Fincher was once reported to have said about the purpose of a film. “To me, I’m always interested in movies that scar. The thing I love about Jaws (1975) is the fact that I’ve never gone swimming in the ocean again.”

Fincher has definitely accomplished the “scare” aspect in his work. He is best known for his risqué films Se7en (1995) and Fight Club (1999), which have gone on to become classics in their own right. Most recently Fincher was nominated for an Oscar for The Curious Case of Benjamin Button (2008).

Fincher has selected Butch Cassidy And The Sundance Kid, directed by George Roy Hill, for the evening, and the print that will be screened is one that has been restored by 20th Century Fox and the Academy Film Archive.

In true form, David Fincher will be there for the screening and to answer questions and talk about the film that has inspired him so much throughout his career. If you have yet to see this wild western, adventure dramedy that is so near and dear the hearts of both Mr. Fincher and myself, it may be worth a nice evening out to catch it in its original form. You’ll understand why I gush once you’ve experienced it as well.