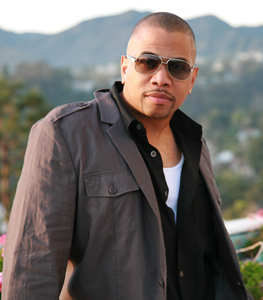 Health care is all the rage these days, not just for America, but for television too. Just ask actor Omar Gooding, who stars in “Miami Medical,” the latest medical drama to air on primetime television.

A Jerry Bruckheimer production, the show focuses on what Omar calls “the alpha team” – a group of trauma doctors who save critically injured patients in Miami.

“We deal with trauma patients. Penetrating injuries to the head, torso or a fall of over 15 feet or more,” explains Gooding. “I play Tuck Brody, the head nurse. He’s this mysterious guy with a scar above his eye.”

The younger brother of Oscar winner Cuba Gooding Jr., Omar is a familiar face on television. With guest roles on “Deadwood,” “The Division” and “One On One,” he made his film debut in Bill Cosby’s Ghost Dad.

“I first started in sitcoms and then rolled into the movie aspect,” he says. “And was attracted to this project not only because it’s produced by Bruckheimer, but the script itself is beautifully written. It’s a show, which films like a movie.”

With no shortage of medical shows on network and cable television, competition for loyal audiences might be tough, but Gooding is adamant “Miami Medical” is not your average medical show.

“There was another show on NBC called ‘Trauma,’ which was basically about a search and rescue team. We pick up where they left off when they arrive at the hospital. It’s an adrenaline-fueled series about saving someone’s life and it’s all about the filming and the high energy. Every show will begin with a huge explosion or a crash or some terrific accident,” he says.