The Kids Are No Longer Kids 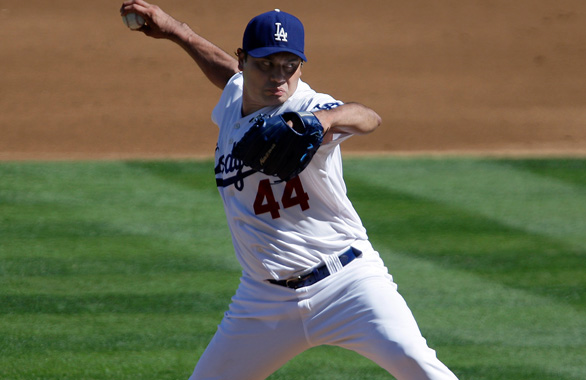 The impulse to make predictions while talking baseball is only natural. It is a game of speculation after all, where strategy is based on the ability to predict probable outcomes. The obsession with predictions in baseball has, in fact, given rise to a whole branch of statistics. In bars, on talk shows and in discussion among fans, the questions of who will win or lose predominate. Of course, nobody knows, and what makes it fun is that the experts are more often than not wrong.

The problems of prediction are multifold. The most obvious is perhaps the fanatic factor, which is to say the predictions of the biased fan who sees with his heart and in some quasi-religious way imagines that he or she can will their team to victory by force of hope. This bias is even present among players, managers and team owners who have a measure of control, however small, over what happens on the field. Every spring we hear the confidence that they express about the coming season and the sincerity in which they state their intentions to win the World Series.

Dodger owner Frank McCourt made a lovely poster boy for this type of thinking when he remarked recently during a conversation with press.

“Our goal is to win it all, and that’s what we’re gonna do,” he assured.

It is a forgivable human impulse, and who knows, he could be right. The Los Angeles Dodgers could “win it all” this year. It would mean overcoming some serious concerns on the field, but that is the game of baseball, where the deciding factor is always the unexpected: the illusive X Factor, the star rookie, the sudden resurgence of a veteran or the presence of a mystical baseball force called “chemistry.”

The 2009 team was fortunate to have each of these factors at some point throughout their season. The performance of rookie reliever Ronald Belisario helped propel the pitching staff to the best ERA in baseball. Veterans Juan Pierre and Randy Wolf showed a grit and consistency, which inspired the team. At their best, the Dodgers were a happy, fun-loving crew whose camaraderie could be felt from the bleachers. Yet despite their fondest ambitions, the Blue Crew failed to surpass the success of the 2008 season by getting decisively chopped up by the Phillies in the second round of the playoffs.

This year’s roster of would-be champs maintains a core of youthful players who’ve grown up with the organization. Those who have moved on include Pierre, Wolf and gregarious second baseman Orlando Hudson. Their absence makes one wonder who will provide the mature leadership necessary to sustain the team through the emotional highs and lows of a long season. The candidates are many for the simple reason that the kids are no longer kids. Outfielders Andre Ethier and Matt Kemp will each go into their third season as regular starters. The player who has been with the team longest is none other than Russell Martin. The 27-year old catcher reported to camp a good 25 pounds heavier with the idea that the extra weight would provide more power to his bat. He also incurred a strain in his groin, which has management concerned about his ability to sustain a heavy workload behind the plate.

The pitching rotation of Vicente Padilla, Hiroki Kuroda, Chad Billingsley and Clayton Kershaw remains intact. Both Kershaw and Billingsley have appeared very strong during the spring, which makes some scratch their head as to why manager Joe Torre has named Padilla to start opening day. The smooth-dressing Nicaraguan with the face of a Mayan deity posted a 5.71 ERA and 1-3 record during spring training.

The Dodger bullpen looks especially strong with the usual suspects of Jonathan Broxton and George Sherrill returning and the addition of veteran Ramon Ortiz, whose 1.15 ERA this spring caught everyone’s attention.

Without wishing to play the prediction game, there is good reason to expect the Dodgers will be a major force in the Western Division. But will they be good enough to “win it all” as Frank McCourt says? After two consecutive years of near misses, Dodger fans are beginning to fiend for a pennant. They have watched ticket prices rise steadily while team payroll has not. The unfolding divorce drama of owners Frank and Jamie McCourt have given rise to almost daily reports of their lavish personal expenditures. The question then follows: If the team fails to surpass its previous successes, will Dodger fans think favorably on the organization? You don’t have to be an expert to predict otherwise.

The Dodgers home opener is April 13 at 1:10 p.m. at Dodger Stadium. For more information, visit losangeles.dodgers.mlb.com.