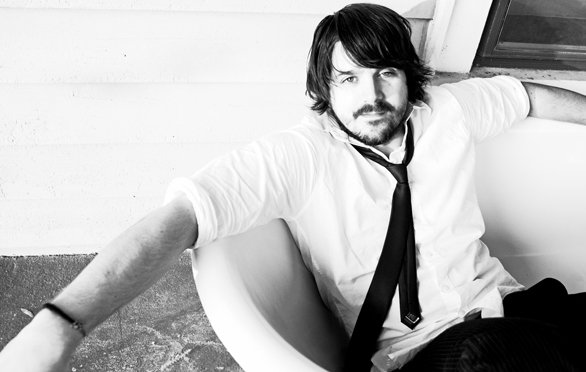 There’s something to be said for sincerity. Forget the likes of John Mayer and their plays at wooing the ladies through song. Intelligent women can spot a phony from a mile off and the Playboy debacle just proved what people like me can already sense.

Cary Brothers, on the other hand, while maintaining that courting troubadour, singer-songwriter simplicity, has an air of integrity that can’t be mistaken. And it makes him a million times more sexy. Brothers should be at least as well known as Mayer and his latest offering, Under Control, might just carry him to that pinnacle.

The album opens strong, with Brothers immediately declaring, “Strike a match and burn your soul down” over woeful piano phrase on the melancholy yet soaring “Ghost Town.” From here on it doesn’t let up, even on understated numbers like the title track. It may sound clichéd, but Brothers has one of those voices that is expressive enough to evoke shivers. These are break-up anthems for people who hold their melancholia dear.

“Break Off the Bough” is certainly among the album’s strongest offerings, kicking off sparse with a haunting melody laid over a staccato guitar line which builds up to a momentous chorus and bridge that offer a rare glimmer of sunshine. “Someday” is the other uplifting track, danceable with a hook that doesn’t quit your brain. “Over and Out” is another highlight, a return to the bittersweet, but always with a hint at hope on the horizon.

“Alien” deals with, surprise, the alienation that one feels at the impending demise of a relationship with the fitting phrase, “Give me a song that weighs a ton.” The heartache that Brothers conveys in a simple phrase bares more weight than several pages of some people’s prose can carry.

This offering’s sole misstep is its cover of Level 42’s “Something About You,” which lacks the power and glory of the original and leaves the listener wondering why he bothered. The album closes with the minimalist “Can’t Take My Eyes Off of You,” another example of Brothers’ ability to captivate in even the most restrained moments. Under Control is simple good songwriting, a string of elegant jewels that nestle up to your heart.

Under Control is currently available.