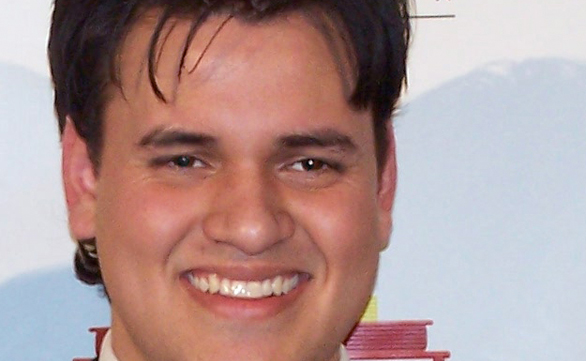 Xavier Vanegas, USC ’11, was awarded one of three annual Fred Rogers Memorial Scholarships March 22 by the Academy of Television Arts & Sciences Foundation. Vanegas won $10,000 in recognition of his innovative ideas and dedication to the education and development of children through media. Vanegas is currently earning his master's in Motion Picture Producing.

How did you hear about the Fred Rogers Memorial Scholarship?

It was funny; two friends e-mailed me at the same time about the scholarship. At that point, I was in the process of developing “Fink Forest Friends” and I wasn’t even thinking about scholarships. When I read about the Fred Rogers Memorial Scholarship and the mentorship aspects of it, it seemed like a great opportunity to learn from those who have continued in the tradition of Fred Rogers – spreading positive messages through television.

How did you feel when you heard you were one of the three winners?

As one of the Academy reps said at the Fred Forward conference, “Xavier was the only one of the three that actually screamed when he found out!”

You worked as a PA for DreamWorks’ Shrek films and interned at Disney in live-action feature development. Why did you choose children’s programming as the field you wanted to pursue?

The “Fink Forest Friends” is for children, but it’s also for the child within every adult. I don’t think of it as strictly children’s programming, because it has the possibility of entertaining everyone. When you tell a good story, people get involved, regardless of how old they are. Whether a show is live-action or animated, for children or grown-ups, telling universal stories can make a difference in people’s lives.

What do your parents think about this scholarship achievement?

They’re thrilled about the achievement and see it as one step closer to fulfilling my passion for filmmaking. My parents have always supported me in whatever I wanted to do. They’re both immigrants from Nicaragua, so when they came to this country, their options were quite limited. I remember my dad coming home from his factory job when I was young. He’d pick me up with his calloused hands and say, “Don’t end up like me. Don’t be a burro in a factory.” They’ve always been there for me when I needed them. One summer, when I was in college, I painted our garage green for a short film I was shooting. We were using it as a digital capture studio. You couldn’t park the car there and my friends were coming in and out of the house with equipment for a month. My parents loved it though. They really enjoy being involved.

What sticks out the most about the television you watched as a kid?

It’s amazing the kind of power television has over you when you’re a kid. To me, it was like a window into reality. Everything was real, and we were on the outside looking in. Like most kids, I had an almost spiritual connection to that box. I’m still amazed at how TV can unite the world. It’s as though borders and oceans don’t matter. Television creates this unified space that the entire world can tap into, so people can experience things they couldn’t possibly otherwise. TV has definitely left an indelible mark on my life.

What is your animated children’s TV show, “Fink Forest Friends,” about?

“Fink Forest Friends” is about a group of young magical forest animals who learn emotional literacy and social responsibility as they work together to preserve their forest kingdom. It started when I was in college, and I wanted to impress a girl, Cathleen. We sat next to each other in a political science class, and I used to draw these happy forest animals to make her laugh. We’d draw back and forth, and they eventually became the “Fink Forest Friends.” One Valentine’s Day, Cathleen and I sat down and made a painting with all the characters. We’ve continued to work together on the “Finks,” and Cathleen has been a major driving force in their development.?It became obvious that the “Fink Forest Friends” lent themselves naturally to a children’s media project and that this could be a vehicle to spread positive messages to children. I’ve always felt that humor isn’t just a great device for entertaining, but also for teaching.

What upcoming projects are you working on, and what do you plan on doing with the Fred Rogers Memorial Scholarship?

Cathleen and I are in the process of launching an environmentally friendly “Fink Forest Friends” plush toy line that’s already available at a few local shops in Los Angeles and online (etsy.com/shop/finkforestfriends). We’re hoping to expand the toy line in the coming months. The scholarship will go toward transforming the “Fink Forest Friends” into an animated series.

I am also writing a sci-fi feature film and continuing to direct music videos and commercials to hone my skills as an aspiring director.