The Square: An Aussie auteur ushers in a new era in film. 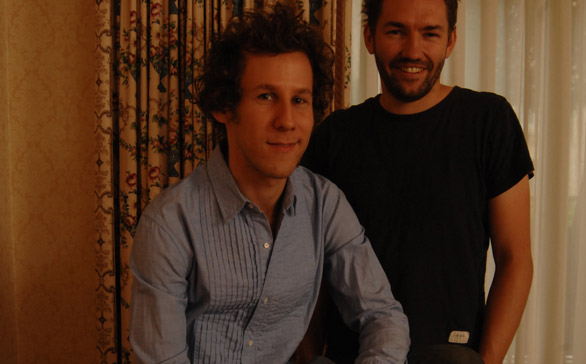 Every 20 years or so, a new dawn emerges in the film industry. The last time cinephiles had their minds blown was during the early 1990s when directors like Quentin Tarantino, Allison Anders, Jim Jarmusch and Gus Van Sant ushered in a new style of independent filmmaking and found fame in the process. Since then, some exciting names (like Paul Thomas Anderson and Michel Gondry) have come and gone, but moviegoers have mostly seen expansions and revisions of the same old style. Enter: Nash Edgerton.

The Aussie stuntman has done what some may have deemed impossible years ago; he’s made the leap from behind-the-scenes player to show runner in one fell swoop. Edgerton makes his feature film directorial debut in The Square. This is not your ordinary independent. The Square is a stylish film noir with lots of plot twists, turns and all the action one might expect from an industry daredevil.

It all starts when Ray and Carla decide to escape their monotonous and unsuitable relationships to run off together. Carla’s thug boyfriend has stashed a large wad of cash in their house, and she decides that this windfall will provide the financial freedom that she and Ray need to start over. Ray reluctantly gives in to Carla’s plan and hires an arsonist to set fire to Carla’s home in order to mask her theft of the stolen money. Unfortunately, as with most criminal activity, something goes horribly wrong. This results in a lot of finger-pointing, some bite-your-nails suspense and a growing body count. Soon Ray and Carla are in over their heads, leaving the audience to wonder, “Was it really worth it?”

Edgerton didn’t have very far to go for collaborators. His brother, Joel, has partnered with him on a series of well-received short films. Joel even co-wrote, co-produced and co-stars in The Square as Billy, the arsonist.

“We have skills that kind of complement each other,” says Nash of working with his brother. “And it’s pretty easy telling Joel if I don’t like something, knowing that we’ll still be brothers at the end of it.”

Nash also relied upon colleagues from other projects to handle some of the more challenging aspects of production. His mentor in the stunt world, Tony Lynch, coordinated many of the film’s action sequences.

“Tony is probably someone I’ve done more stunts with than anyone,” explains Nash. “And anytime I have had stunts in anything, Tony has been a part of that. If I am going to crash a car, I want Tony to strap me in. If I am going to be set on fire, I want Tony to put me out. It’s as simple as that. When it came to doing The Square, there was really no question who I was going to get to do the stunt part of it. I thought I’ve done more car chases with Tony than anyone else, so for that scene it was going to be him.”

But even with a tight technical ship run during production, it’s the artistry and audacity of the Edgerton esthetic that makes The Square so fascinating. Nash’s style consists of a great deal of Steadicam work, which is something that not many film directors are comfortable exploring. However, the raw method of capturing action lends itself to the duplicitous and daring deeds of the cast of characters.

What’s more, he managed to accomplish his vision, even under tight budget and time constraints. The director, along with his editor, mapped out much of the film’s action by utilizing camcorders during rehearsals. He was also able to call upon his work as a music video director, which is a genre known for high production value at often-discounted overhead. Nash even called upon some talented musicians to contribute to his overall vision.

In Spider (a 2007 short directed by Edgerton), Aussie singer Ben Lee and his wife, actress Ione Skye, contribute to the film’s soundtrack. Moviegoers should be on the lookout for Nash’s inside joke linking The Square and Spider together.