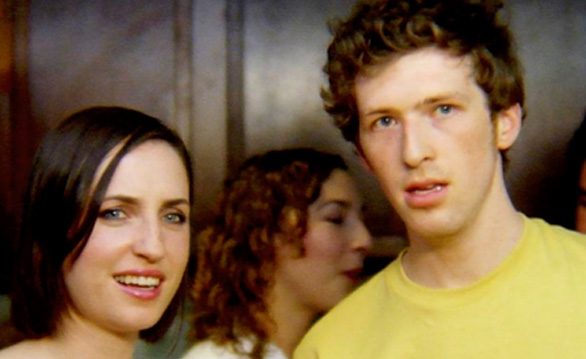 No matter how mature you think you’re being at the time, no relationship (at least not in your 20s) ever really ends amicably. Sure, you can discuss it and there can certainly be closure, but deep down inside, there’s the fear of starting again. This is what happens in Breaking Upwards.

Based on an experiment, real-life couple Daryl Wein and Zoe Lister-Jones play a New York couple who, four years into their relationship, decide that they’re not meant to be together. But they’ve already built their lives around one another, becoming best friends and developing a real affection that falls just short of real love. How can they just end it? Instead, they set up a system of boundaries in an effort to wean themselves and find out who they are as individuals again.

The film is full of great characters, like Andrea Martin (My Big Fat Greek Wedding), who plays Zoe’s pot-smoking artist of a mother, Helaine, with real zeal and humor, or Daryl’s dad, Alan (Peter Friedman), who is caught between letting his son make his own decisions and stepping in to help him out. The film also benefits from the fact that Wein and Lister-Jones have a real relationship, lending an air of authenticity and depth to their characters’ relationship in the film.

Breaking Upwards is a quietly engrossing film that is both understated and powerfully profound, if you take the time to really think about it. There are some parts that drag, there are also moments where you get so involved with the characters that you can feel your heart breaking with theirs. The only word of caution though, is that you shouldn’t watch it with your significant other unless you’re really comfortable with each other – it’s a bit like watching two of your close friends break up without being able to do anything about it.


Breaking Upwards releases in select theaters April 9.
Article posted on 4/6/2010
This article has been viewed 1480 times.