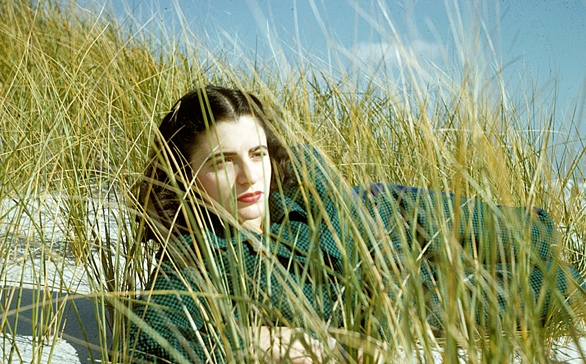 In 1995, writer-director Cindy Kleine set out to tell the story of her parents’ marriage in all its gory detail, from abuse to adultery. She initially intended to create a work of fiction based on interviews she conducted with her parents, but she soon found their answers to her questions – always the same question but with either parent giving radically different answers – to be stranger, deeper and more beguiling than any constructed fiction. Over the next 12 years, Kleine compiled interviews, home movies and animated family photos to weave together in her documentary, Phyllis and Harold, a hypnotically voyeuristic, über-personal glimpse into one troubled but loving family.

Shot mostly on low-res home video, the kind your parents have of you in a school play or running around on the Slip ’n Slide, the film instantly feels shockingly intimate and unvarnished. Phyllis and Harold first appear bickering in their Long Island kitchen, the picture of a stereotypical “old married couple.” But Kleine dispels any sense that you’ve seen this story before by delving into the inner workings of her parents’ marriage.

The couple poignantly begins by reading the courtship letters they wrote in the 1940s aloud to each other. It’s in the rehashing of these early tickles of passion that Phyllis and Harold share their first onscreen tenderness, smiling warmly as Harold strokes Phyllis’ cheek. But before you can revel in the heartwarming moment, Kleine cuts to another scene where her mother is deeply moved as she reads Harold’s kind words, and he brusquely asks, “Did I really write this shit?” not noticing that his wife is wiping away tears.

The Kleines aren’t as cut and dried as you might suspect. Case in point, Phyllis’ five-year dalliance with another man, whom she claims is the only one she ever loved.

Although infidelity is central to their story, it’s not tawdry divulgences that make Phyllis and Harold compelling. Rather, the movie is at its more intriguing when Kleine plays a good old-fashioned game of “He Said, She Said,” demonstrating how patently opposite her parents’ experiences of their lives together have been. One of the film’s most disquieting moments is in a solo interview with Phyllis, when in absolute certainly she declares that she’s always known that she married the wrong man. Kleine then cuts back to an interview with her father who just as absolutely vows that he always knew Phyllis was the right woman for him.

“I’m very lucky she married me,” he says.

Phyllis and Harold is both gripping and repellent, disturbing and terribly tender.


Phyllis and Harold releases in select theaters April 9.
Article posted on 4/6/2010
This article has been viewed 1492 times.