La Mission: Jeremy Ray Valdez gets lost in the world of whatever. 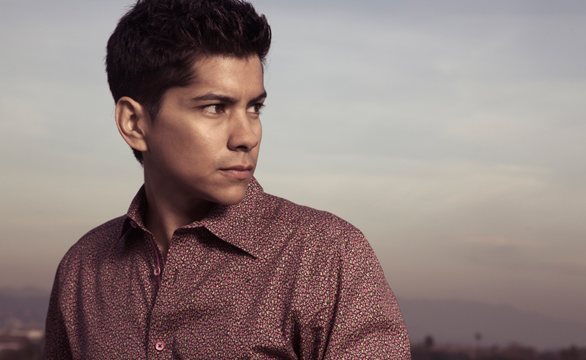 The colorful Mission District of San Francisco fosters a distinct cultural flavor, one that locals and outsiders get to witness on the silver screen in La Mission.

La Mission tells the story of the father-son relationship between Che and Jess Rivera, two Latinos living in the Mission District, making the most of their lives. Che, a single parent portrayed by Benjamin Bratt, is described as “old school” and has a deep passion for lowriders. Jess, played by Jeremy Ray Valdez, is a high school senior getting ready to graduate and attend UCLA on scholarship. The friendship between the two is destroyed once Che finds out that his only son is homosexual. Jeremy gives a wildly passionate performance as a troubled teenager learning how to handle himself and his relationships.

“[He is] the shining light of the neighborhood who evolves, becoming his own man, learning to love himself despite what other people feel,” Valdez says, describing Jess.

Valdez knew from the moment he heard about the role that he had to play Jess. He was actually in Mexico City at the time and begged his manager to do this for him. Upon arrival in the United States, Valdez had a meeting with the crew, and the rest is history.

To prep for the role, Valdez went up to the Bay Area before filming began in order to get a feel for the neighborhood, hanging out and playing ball with some of the kids from the area.

When asked about how he is able to portray a character that’s new and different to him so fluidly, he answers, “I just kind of go there in my head. And the shoes get me in the mood. Clothes pick me up and help get me into character.”

He also enjoys doing research as well as people watching and seeing how different people interact.

Another thing that helps Valdez is simply working with people.

“When you work with different actors you pick up different things,” he says. He learned a lot from the Bratt brothers [Peter Bratt is the director.], but acting alongside Benjamin was especially exciting.

When advising other inspiring actors, Valdez says passion is key.

“Acting is what drives me. It’s my passion,” he assures. “Being famous is not really my concern. It’s a harsh world, and you have to have a tough skin. Rejection is what destroys a lot of people, but if you truly love it, you’ll go through the bad to get to the good – the work.”

The “work” he refers to does not come off as labor at all.

“I’m living my dream,” he says. “I get to play make-believe for a living.”

His favorite “make-believe” project thus far has been La Mission.

“It was a super cool experience,” he says, adding, “The opportunities to act drive you; going to other worlds but still going at the end of the day to be myself. I’ve always had it in my heart, to get lost in the world of whatever I’ve created in my mind.”

An ideal creation for Valdez is to do a Western film, “kind of crazy I know,” he says, “that or a big, massive war movie. As long as the story is good, I’m down.”

Next on the list for Valdez is a co-starring role in The Obama Effect. The film follows the effects of the Obama administration on the lives of two families, one Latino and one Black, living in Los Angeles. Both families have sons who are boxers, leading to the ultimate boxing match. As a lightweight boxer himself, Valdez’s humility shines through.

“I mean here I am boxing against Zab Judah. That just doesn’t happen,” he states.

Also, this summer he co-stars in Fortress, a WWII story about the missions of a B-2 bomber flight crew.

Aside from acting, Valdez is also musically talented, currently performing with a band as a guitarist.