An Education, The Lord of the Rings Trilogy and More 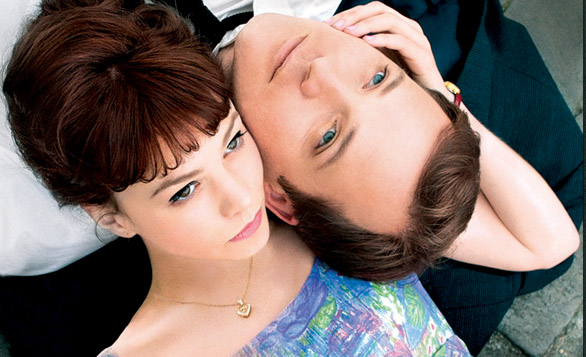 Peter Sarsgaard and Carey Mulligan headline an all-star cast in the Oscar-nominated An Education. Set in 1960s Britain, the film follows a bright young schoolgirl who becomes romantically involved with a playboy older man who introduces her to the world of jazz clubs and sex. Alfred Molina and Emma Thompson co-star.

After a string of paycheck roles, the idiosyncratic Nicolas Cage finally returns to serious acting with Bad Lieutenant: Port of Call New Orleans. Director Werner Herzog completes the unlikely combination. Set in the devastation of post-Katrina New Orleans, the film follows a detective/addict’s turbulent existence. Cage gives another of his unpredictable livewire performances. Eva Mendes is his prostitute girlfriend. Val Kilmer also stars. It’s a worthy follow-up to the original.

Perhaps the most famous comic duo in TV history stars in The Abbott & Costello Show: The Complete Series. All of the classic bits are here, from “Who’s On First” to “Niagara Falls” and “Mustard.” The nine-disc set includes a 44-page booklet, as well as three hours of bonus materials, including Lou Costello’s home movies.

The multi-talented Judy Garland hosted “The Judy Garland Show” for only one season, but it’s a season that has gone down in TV history. Volume 3 contains appearances by Lena Horne, Tony Bennett and series regular Jerry Van Dyke.

All 24 Ripley’s Believe It or Not theatrical shorts are collected in this two-disc collection. From a woman who can speak 200 words in 24 seconds to a six-year-old who can lift 200 pounds, Robert L. Ripley captured all of the entertaining oddities across America.

The Icons of Suspense Collection: Hammer Films contains six non-monster thrillers from the legendary Hammer Studios. Included are: These Are the Damned, Cash on Demand with Peter Cushing, The Snorkel, Stop Me Before I Kill!, Maniac, Never Take Candy From a Stranger.

A young teacher (the vastly underappreciated Wes Bentley) is on a quest for revenge against the Las Vegas mobster (Christian Slater) who killed his wife after she witnessed a murder in Dolan’s Cadillac. Based on the novel by Stephen King, it’s a modern-day twist on Edgar Allan Poe’s The Cask of Amontillado.

The riveting “Deadliest Catch” returns for Season Five. See the late Captain Phil in his final season as four fishing crews battle the high seas, storms and fierce competition to bring home the most difficult to obtain fish in the sea.

There’s no better movie to test out that new Blu-ray player than The Lord of the Rings Trilogy. All three beautiful films are included in their original theatrical cuts, along with seven hours of special features. Experience the biggest spectacle in movie history in lush hi-def.

Then, check out master of animation Ralph Bakshi’s classic adaptation of The Fellowship of the Ring, simply titled The Lord of the Rings. Since 1978, Bakshi’s vision defined the images of Middle Earth, laying the groundwork for Peter Jackson. John Hurt provides the voice of Aragorn. Included is a behind-the-scenes featurette with Bakshi.

Masters of American Music releases its second set of amazingly in-depth documentaries: The World According to John Coltrane, Sarah Vaughan – The Divine One, Count Basie – Swingin’ the Blues and Bluesland: A Portrait in American Music. Focusing on the musicians’ lives and performances, hear the story of jazz in their own words.