Another Spring, Another Coachella 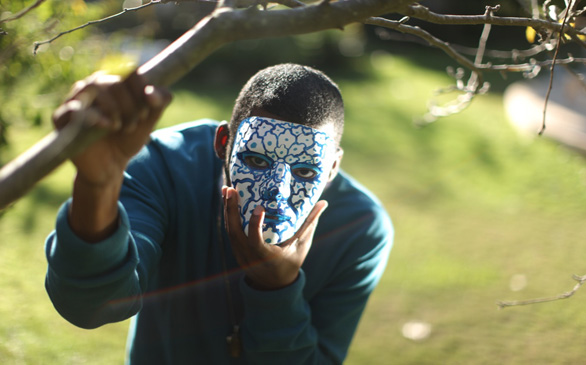 American and international artists on the verge of commercial success are a major part of the annual Coachella Valley Music and Arts Festival. Sure you have your well-known bands (Phoenix, Faith No More, Gorillaz), but this year seems especially geared toward what the festival began as: a world stage for those who are not normally exposed to various genres.

Devo (Saturday) and Pavement (Sunday) should already be givens. You owe it to yourself to explore beyond the singles KROQ likes to play. Both bands are so much more than that and really capture what the ’80s and ’90s were about.

Here are a few more bands to add to your list of must-sees, some I’m sure you’ve heard of and some you’ll be glad you saw before they “got big.”

Grizzly Bear is a definite band on the cusp of crossing over. Opening for Radiohead in 2008 started the momentum, and their uncanny knack for harmonizing over their folk and often-experimental melodies has pushed them even further into the spotlight.

Hailing from the South and sounding nothing like it (That’s a good thing.), Baroness began in 2003 with members of punk/metal Johnny Welfare and the Paychecks. They recently announced a tour with Mastodon, and while their sound is similar, Baroness have more of a stoner rock feel to them. That’s probably why I liked them on first listen.

Gil Scott-Heron is just one of the artists that you have to witness in the flesh. A spoken word performer, if you know the phrase “The Revolution Will Not Be Televised,” then you know Gil Scott-Heron. His latest, I’m New Here, features “Me and the Devil,” a taut story of living life.

P.O.S.: This is the kind of hip-hop that’s in the vein of N.E.R.D. It’s all over the place. I love that P.O.S. draws from all sorts of influences, especially punk, as that is his background. But the gift of putting them all together is what makes him unique and a live act not to miss.

One of the originators of ska, rocksteady, dub – whatever you want to call it – the Specials did it. I grew up listening to this band and their many incarnations. You probably have listened to them many times and didn’t realize it. Here’s your chance to see them live.

Also check out: Benny Benassi’s “Satisfaction” was my voice mail alert for the longest time. La Roux’s video for “Bulletproof” is vibrant, as hopefully the duo’s stage presence will be. The Avett Brothers are bluegrass, folk, rock ’n’ roll all rolled up in a ball of indie rock fun.

A true electro DJ, David Guetta has steadily gained momentum in his native Europe. Guetta has teamed up with heavy pop artists like Estelle (on “One Love”), up-and-comer Kid Cudi (“Memories”) and most recently, Fergie and LMFAO (“Gettin’ Over You”).

Also, Dutch DJ Tiësto, on tour in support of his latest, Kaleidoscope, is not to be missed. Tiësto is not only known for his strong performances but also his philanthropy. His collaboration with Maxi Jazz, “Dance4Life,” placed him as the official ambassador for the HIV/AIDS awareness foundation.

Kaskade’s recent team up with deadmau5 (who is playing a set on Friday) on his Strobelight Seduction album (“I Remember”) has already been banging in the clubs and has been featured on Billboard’s Hot Dance Airplay Chart. His set should really get things going.

When I first heard the Dead Weather’s “Hang You From the Heavens,” I thought hmm … this sounds like something Jack White would be into. Well, he is a member of the band, as a drummer and vocalist. The Dead Weather’s blend of White, Alison Mosshart of the Kills, Jack Lawrence (The Raconteurs) and Dean Fertita (Queens of the Stone Age) makes for hard rock at its best.

I watch a lot of Adult Swim … a lot. You know those awesome beats in the background of their sometimes-hilarious promos? That’s 26-year-old Flying Lotus! His third album, Cosmogramma, is set to be released May 3.

White Rabbits: Friday’s artists, the Specials, are a major influence on this East Coast-based band. Though classified as indie rock, White Rabbits are known for changing up their style and even covering songs with their original spin to it. Recently featured on NPR’s “World Café,” their second album, 2009’s It’s Frightening, has garnered tremendous buzz.

British prog-rockers Porcupine Tree make their Coachella debut and kick off their U.S. tour with their Saturday performance. Throughout their 20-plus year career, they’ve married the sounds of Nine Inch Nails, Radiohead and Pink Floyd in a uniquely, near-unclassifiable way. It’s their only date in California for the rest of 2010, so make sure to catch them. [—Rich Castañeda]

Also check out: Girls’ songs are the soundtrack to your high school summer – happy, poppy and upbeat. Australia’s finest and Zero 7 guest singer, Sia, has a new album We Are Born coming out June 8.

Reunited with original bassist Nate Mendel (Foo Fighters), Sunny Day Real Estate were one of the first bands to make grunge rock seem not so … I don’t know … grunge (listen to “Seven” and “Song About an Angel”). I don’t like that they did it, but Paramore covered one of their best songs, “Faces in Disguise.” At least they, too, know great music when they hear it.

Muse are no strangers to Coachella. Constantly pushing themselves, their latest, The Resistance, is certainly ambitious with its classical undertones. The first time Muse played Coachella back in early 2004 it was during the day; look for them to play an evening set this time.

Stylophone, keyboards and electro-beat combine to make Little Boots one musician to dance to. Her latest single, “Remedy,” hit the Top 10 on the UK dance charts.

Miike Snow: I’m recommending to check them out as I have only heard one song over the past months, “Animal,” and all its remixes. Hopefully, they are not a one-hit wonder (doubtful), but it’ll be nice to see that they have a arsenal of songs up their sleeves.