A Nightmare on Elm Street and More 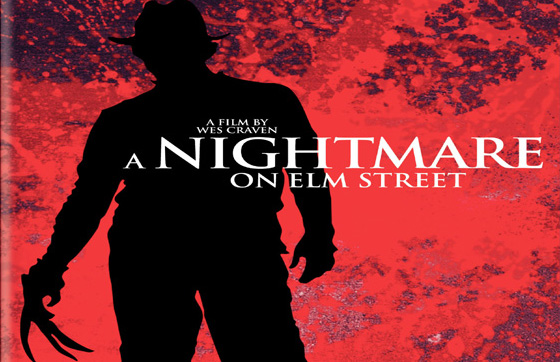 Soon to be a big screen remake, Wes Craven’s horror classic A Nightmare on Elm Street hits hi-def Blu-ray. Psycho made people afraid of the shower, Jaws, the ocean, Freddy Krueger created a generation terrified of falling asleep. Plus, check out Johnny Depp in his film debut. The Blu-ray comes loaded with bonus features including commentary by Craven and Freddy himself, Robert Englund.

Regarded by many as the best adaptation of a Jane Austin novel, BBC’s 1995 miniseries Pride And Prejudice comes to Blu-ray. Colin Firth and Jennifer Ehle star in the multiple Emmy-winning love story and comedy of manners. For old pros, go to mostlywatertheatre.com for the rules to the Jane Austen drinking game!

Investigative journalist Danny Schechter follows up his prescient In Debt We Trust with a documentary that goes directly to the heart of what has been called “the greatest nonviolent crime against humanity in history” in Plunder: The Crime of Our Time. As politicians and “experts” give vague answers about who is to blame for the economy, citing greedy banks and a naïve public, Schechter probes for the real picture and what should be done about it. Plunder is a revealing and important documentary.

Known in the west primarily for his collaborations with Bono and Peter Gabriel, back home in Senegal Youssou N’Dour is called “the voice of Africa.” In 2004, having performed for 20 years, N’Dour decided to incorporate his Muslim faith into his music in response to negative perceptions abroad. I Bring What I Love documents the backlash he faced in combining pop music and religion in his Grammy-winning Egypt.

Richard Curtis (Love Actually) directs the feel good ’60s rock comedy Pirate Radio. Philip Seymour Hoffman leads a band of rogue DJs who ban together to defy a government ban on Rock ’n’ Roll radio. They take to the seas, broadcasting illegally from a boat. A rocking soundtrack featuring David Bowie, the Who and the Stones accompanies some fun performances by Bill Nighy, Kenneth Branagh and “Flight of the Conchords”’ Rhys Darby.

The Truth Is Out There:

The Bush clan has some well-documented skeletons in the closet, but the assassination of JFK? That’s the thesis behind Dark Legacy, the kind of what-if documentary that conspiracy buffs just eat up. Using official documents, interviews and witness testimony, the film seeks to establish that George H.W. Bush worked for the CIA prior to taking over as director and was a part of an anti-Castro faction responsible for Kennedy’s murder. It’s a compelling, well-reasoned explanation of an ever-intriguing moment in American history.

It’s safe to say Taxidermia is unlike anything you’ve seen before. Hungary has a long tradition of surreal and blackly comic films, of which this is the latest. The unclassifiable film combines the surreal satire of Terry Gilliam with the human-body-as-alien horror of David Cronenberg. The film follows three generation of men: a polymorphously perverse soldier, a competitive eater and his son, a taxidermist.

Based on a novel by Robert Cormier (The Chocolate War), Tenderness stars Russell Crowe as a detective obsessed with the early release of a teen serial killer he put away. When a local girl becomes enamored of the disturbed young man, Crowe is determined to expose him before he can kill again. Laura Dern co-stars.