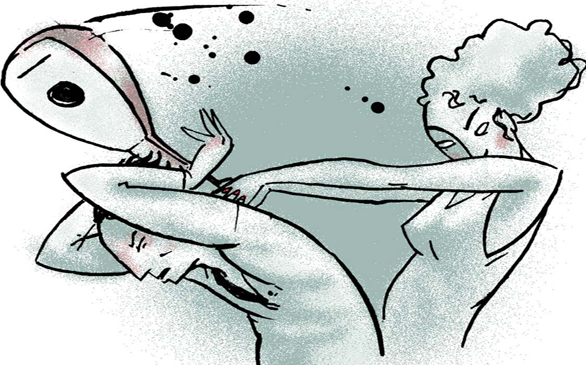 In a rom-real, boy gets girl, boy keeps girl, boy and girl either make it or they don’t.
(Credit: Hector Casanova/The Kansas City Star/MCT)

I love movies, but you probably already knew that. I love many different kinds of films of all different styles, genres, formats and lengths. I love everything from Hollywood popcorn flicks and serious documentaries to grindhouse exploitation and foreign language films. I love it all.

However, I don’t particularly care for romantic comedies. I never have. I’m not saying that I think romantic comedies are inherently bad or that the genre has nothing to offer, but what I am saying is that romantic comedies don’t speak to me. Before you go accusing me of being a jaded, heartless, emotionally scarred, spiteful prick (which is true), you should know that most comedies in general aren’t my cup of tea.

When I watch a movie I want to see the characters face death and emotional, psychological and/or physical destruction, and I don’t want it to be a joke. I like films that scar because real life scars, but that’s me. Before I go off on a rant, I’ll bring it back to what I was originally talking about: romantic comedies.

Rom-coms are the most formulaic kind of films. Boy gets girl, boy loses girl, boy gets girl back. Generally, boy gets girl back by losing his dignity and begging her to come back to him in front of her friends and/or family, and then it ends. It ends on that note. Then the women in the audience walk out of the theater believing the couple in the movie live “happily ever after” or whatever the fuck that’s supposed to mean.

Sometimes it feels like women actually believe real life should be like a romantic comedy. One of my biggest gripes about rom-coms is that they always end fairytale-style with the two lovebirds walking off into the sunset. Movies in general are extremely influential on people, and I’m willing to bet that most women gain a lot of their relationship fantasies and expectations from films about romance.

Women like it when men fight for them. Not fight in the literal sense like violence, but fight for the relationship, which is why the third act of rom-coms always feature a boy completely humbling (and often humiliating) himself to be with the girl. What they don’t show you is what happens later on down the line when relationship problems start happening and the couple either breaks up or gets divorced.

“But, Zach, you’re just saying that because you’re an asshole. You don’t believe in love!”

Yes, I am definitely a gigantic asshole, but I do believe in love. What I don’t do is let movies shape how I structure my relationships and relate and interact with people. For me, romantic comedies are not about love and romance, they are tales of awkward insecurity-fueled courtship.

Therefore, I am introducing a new film genre: the “romantic reality” genre, or “rom-real,” if you will. The structure of the rom-real is: boy gets girl, boy keeps girl, boy and girl either make it or they don’t. The halfway point of a rom-real is where the rom-com would end, but in a rom-real we actually see the romance play out. One of two things happens: They stay together or eventually realize they are emotionally or sexually incompatible and either amicably part ways or have a really traumatic breakup.

Instead of knowing exactly how the film is going to end before the thing even starts, at least now there’s some mystery to it as well as it being true to life. Movies are a great form of escapism, but that’s all it is: an escape. Eventually we have to leave our escape and come back to the real world. Using a movie fantasy (no matter what kind) to model your reality around is only going to get you into trouble.

Because, ultimately, there are no “happy endings” in life. There’s only one ending, and that’s when you die. Life is a journey, and it’s either a happy journey or an unhappy one. Of course, this is part of a larger discussion about the effect that movies in general have on society as a whole, but I just like saying things that get a rise out of girls. Girls are cute when they’re angry. Please send all estrogen-charged hate mail to Campus Circle, and they will make sure I read it.