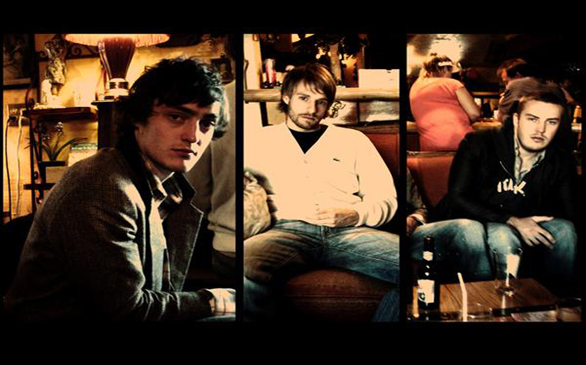 If this is the stuff that comes out of musicians from Cape Town, South Africa, keep it coming. Civil Twilight’s self-titled debut is a meaty musical piece of art. From the bookish, weighty lyrics sung to life by Steve McKellar to the lush instrumental soundscapes, Civil Twilight has hit all the right notes at first try.

“I’m trying to get people to surrender, to give them a sense of hope and acceptance with our music,” says McKellar. “I want to tell a story that transports you somewhere else.”

The trio – Steven McKellar, Andrew McKellar and Richard Wouters – has been influenced by British and American artists like Radiohead, the Verve and Nirvana, and it shows. The Police-like edgy beat is all over “Soldier” and the ecstatic sound of U2 echoes in “Trouble.”

The album consists of 14 tracks, which includes songs “Next To Me,” “Something She Said” and “On the Surface,” but all songs deliver robust lyrical quality and vibrant sound. Whether it’s Steven’s falsetto, which is similar to Bono’s long, delicate whisper-to-a-scream vocals, or the multi-layered sound of the guitar, somber drum beat and piano, this band is one worth listening to. Period.

In other words, dim the lights, cue the applause and pull back the heavy velvet drapes, because Civil Twilight is ready to take over center stage.